‘Gagging’ by ACC keeps Acclaim out 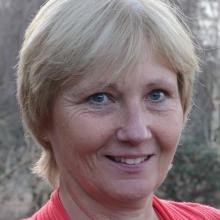 Denise Powell
A Dunedin-based support group which has fought for years to improve access to justice for ACC claimants says it has also been denied justice over the membership of a new "customer advisory panel".

But in May she said Acclaim Otago would not seek to join a new, restructured ACC panel because a draft "gagging clause" would prevent the group speaking out over key issues that should be discussed openly in a democracy.

Initial draft terms of reference for the recently-established scheme panel said members "may comment publicly" on the panel’s work "with the prior approval of ACC and MBIE".

Dr Powell had always scrupulously complied with any legitimate "in committee" restrictions, but said the draft restrictions went far beyond previous controls.

The panel had since been discussing the issues and could seek to change the restrictions and add to the panel membership.

But it was "ironic"  Acclaim Otago was being disadvantaged by its stand on the gagging clause, she said.

Dunedin lawyer and researcher  Warren Forster said ACC was insufficiently transparent in dealing with the public.

It was also generally over-controlling in dealing with the community liaison panels rather than working in a genuine partnership.

The  harsher restrictions on public discussion were "pretty typical" of problems ACC had with open dialogue, and in listening to and learning from such panels.

Acclaim Otago had been treated unjustly,  and "a seat at the table" should be found for the group as soon as possible, Mr Forster said.

ACC spokesman James Funnell said the corporation  had run "an open and transparent application process, in which Acclaim chose not to participate".

"Since advising us of that decision they’ve engaged with the media but not attempted to discuss their concerns with us," Mr Funnell said.

ACC has denied the draft restrictions amounted to a gagging clause.

At the customer advisory panel’s first meeting on August 10, members had discussed how they would work, and  protect "any confidential information they received" while continuing "normal public conversations about non-confidential ACC matters".

Panel members  might soon discuss if "more members should be invited to join the panel", he said.