‘Life built on a lie’

A quarter of a century of deceit, lies and brazen and calculated theft came to an end for Barry Kloogh yesterday.

The Dunedin District Court heard how the "unconscionable" financial adviser visited a man on his deathbed with cancer to embezzle money, stole cash earmarked to support a special needs child, and looked dozens of clients in the eye while professing his honesty as he stole a combined $15.7million from them.

Many of those who had formerly trusted Kloogh watched as Judge Michael Crosbie told them the man to whom they had entrusted their savings had instead plunged them into a nightmare from which many would never recover.

Kloogh (57) was jailed for 8 years and 10 months on a range of theft charges.

Six of Kloogh’s many former clients — people who had invited him into their homes and called him a friend — read out victim impact statements. 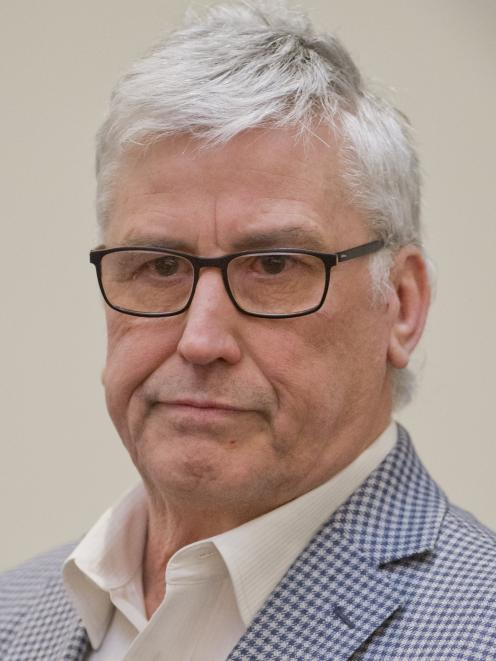 Barry Kloogh in a reflective moment during his sentencing for theft in Dunedin District Court yesterday. PHOTO: GERARD O’BRIEN

Karyn Churcher, a widow whose late husband had his life assurance money stolen; the family who said they felt they had been groomed before having their money deliberately and systematically stolen; the man with incurable cancer whose family life savings had been snatched away.

They were joined by the couple who wanted to build a dream house and provide for their special needs son; the woman who Kloogh promised he was not dishonest just weeks before he was raided by the Serious Fraud Office, and the retired couple whose hopes and dreams had been dashed forever.

Those six and many others besides believed their money was safe in banks, shares and with insurance companies, but was instead caught up in Kloogh’s Ponzi scheme.

Some of the money was stolen to pay out unwitting clients, much of it went on a lavish lifestyle of overseas trips, flash cars and expensive clothes.

Judge Crosbie said Kloogh had written a letter of apology, but his words would be scant comfort given the egregious breach of trust the betrayal of his clients amounted to.

While Kloogh had been convicted for offences which dated back to 2012, Judge Crosbie said Kloogh had himself confessed that he started stealing from clients 25 years ago.

"Your life since has been built on a lie, and every cent that you have spent belonged to somebody else."

He also pleaded guilty to individual charges of forgery (four counts), theft by a person in a special relationship, and obtaining by deception (two counts).

Judge Crosbie assessed Kloogh’s offending as among the worst of its type, agreeing with the Crown that a 13-year starting point for his inevitable prison term was appropriate.

After discounts for Kloogh’s early guilty plea, and modest deductions for co-operating with investigators and taking part in restorative justice meetings with 13 investors, Judge Crosbie sentenced Kloogh to 8 years and 10 months’ imprisonment, with a minimum of 5 years and 4 months to be served.

Mrs Churcher’s victim impact statement, which told how Kloogh had looked her dying husband in the eye and told him the family’s money was safe, was regularly referred to by Judge Crosbie in his sentencing remarks.

Mrs Churcher was pleased with the sentence, which was longer than she had expected.

"It only leaves a legacy if things change. That’s probably the only reason I’m talking to the media because this is all personal stuff, but things need to change," she said.

"This still continues to happen, people are still defrauding people like us — we’re not rich, we’re just everyday people who made choices with our money and we made the wrong ones."

Vanya Thurston, convener of the affected investors group, said no sentence was ever going to be enough, but she felt happy with the result.

"The victims haven’t been diminished at all, and he [the judge] had us utmost in what he did."

Another investor, who could not be named, said justice was "sort of done".

"We were expecting a bit more, but I don’t think he showed any remorse: the guy is just delusional.

The judge "gave all he could give" and everybody who was affected had had their say, he said.

"It still carries on, but I think we are resigned to the fact that there will be nothing else left there."