By John Lewis
0 Comments
Jim Blair says he would rather be in Red than be dead.

The 90-year-old Wellingtonian is disappointed this year’s New Zealand Masters Games have been cancelled because of the move to the Red traffic light setting, but it was better than the possible alternatives. 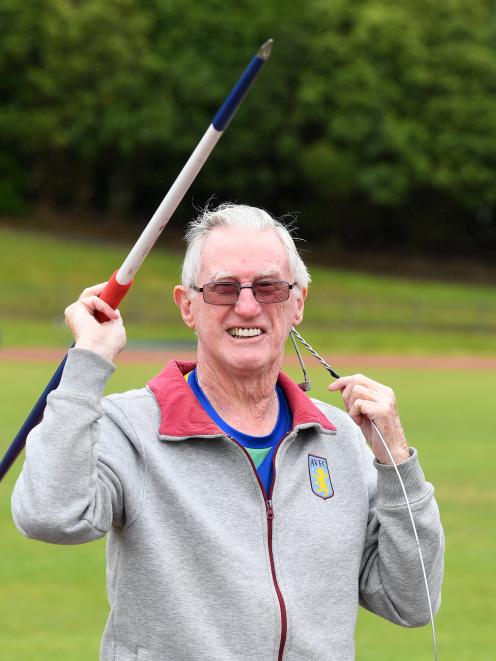 Jim Blair was to compete in several events in the 90-year age group at the Dunedin Masters Games which have been cancelled. PHOTO: STEPHEN JAQUIERY
"We look forward to the Masters Games each year. For years now, I’ve gone to both the Masters in Whanganui and here in Dunedin.

"It’s nice to catch up with old mates and people you knew and used to compete with years ago. It’s a lot of fun.

"The cancellation is disappointing, but I’ve got a brother in England and he had 17 months in lockdown and he wasn’t allowed out of the house.

"So we don’t realise how lucky we are. The fact that the Government acted early is a compliment to the way things have panned out for everyone."

Despite the cancellation, Mr Blair has still travelled to Dunedin for his annual six-month holiday in the South, where he participates in the weekly athletics meetings around Otago and Southland and helps coach pupils at East Otago High School.

He has had a lot of success in the high jump, long jump, shot put, discus, javelin, hammer throw and the heavy weight throw over the years,  particularly at the World Masters Games.

Over the past decade, he has won World Masters Games gold medals in the high jump, triple jump, hurdles and javelin, as well as seven silver medals and five bronze medals.

He said the reason he was still so fit and able to compete in his 90s was because he continued to play and coach sport.

"Also, at home, I have an exercycle, a bench press and weights and things that I work with in my back shed.

"I’m still fit and active because I never stopped.

"The only difference is, I call the high jump ‘low flying’ nowadays, because it relatively is."