‘Nice family time’ at stadium goes down a treat

The annual "Christmas in the Stadium",  organised by the Acts of Kindness Charitable Trust,  ran from 2pm to 5.30pm on Saturday.

Mia Ruddle (4) and Cristy Watkins, of Dunedin , enjoy some pre-Christmas family fun. Photos: Christine O'Connor
The crowd was entertained by live music, including songs  by Dunedin soprano Olivia Pike, who was 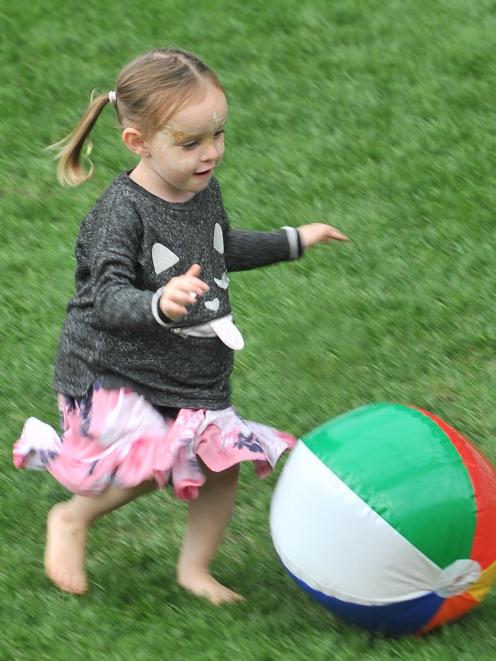 Maia Baker, of Dunedin, runs around during ‘‘Christmas at the Stadium’’.
The aim had been to bring people together from throughout the city to celebrate the lead-up to Christmas in a way that included everyone and avoided the excessive commercialism often involved, she said.

At the stadium there had been "no pressure", just a "nice family time".

The event was similar to last year, and 100 volunteers had again pitched in to help, she said.

Entry was by gold coin donation.

Some people felt excluded at Christmas, and the event aimed to include everyone equally.