‘Win-win’ the goal for George St 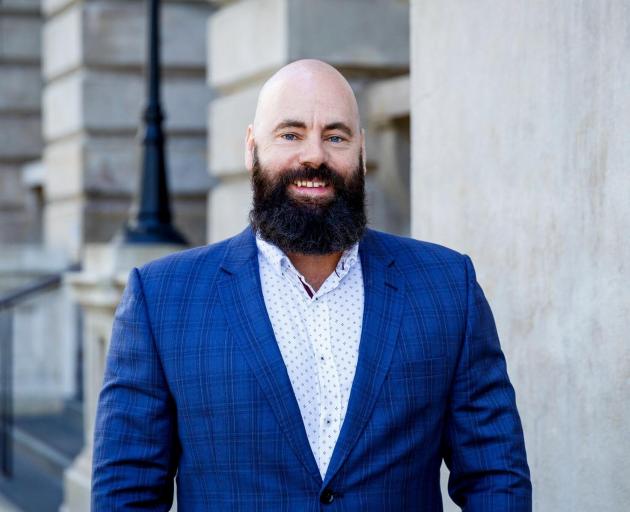 Glen Hazelton
The man charged with bringing Dunedin’s George St revamp to fruition says he is focused on making the project a "win-win" for everybody.

Detractors of the one-way vision for the street had been vocal since Tuesday’s decision, but Dr Hazelton said he wanted to work with all affected parties to get the best result.

"We can all benefit from what’s going to happen here, and it might mean you have to make some compromises along the way, but I think all in all we can deliver a win-win."

He had expected the job would be "a tough gig" when he started earlier this year, having experienced in his role as the council’s heritage policy planner the passion Dunedin residents had for the city.

He wanted to work with business owners to ensure they were comfortable with the change.

Dr Hazelton had already talked to some business owners.

"I contacted them the night of the decision, or the day after, and just said, ‘I understand this is not the decision you were hoping for, but please let’s work together to make this work’."

He was pleasantly surprised some had already responded, albeit saying they would need some time to process the decision.

Dunedin’s population was growing both in numbers and in diversity, so there was no configuration of the street that would be perfect for every group.

His focus was on a solution that worked broadly for the various users of the street.

He was neutral on the best layout for the street.

Preliminary work would start in London St later this month.

"We can do some pretty spectacular things, particularly if we start working together."

An unscientific poll of Otago Daily Times print and online readers found that 30% of readers supported a one-way George St while 70% opposed it.

That requires less of a reflexive response to anything "Council".

"....the most inclusive main street in the country". What does that even mean? Everyone has access currently. The mooted plan appears exclusionary, if anything!
Dunedin's population has expanded year on year at a rate our infrastructure cannot contend with. We see that in our traffic flows where snags and jams have become more commonplace than they ever were.
How does the proposed George Street plan, in reducing options for vehicles even more, help with our inner city traffic flows? Consider the effect of the hospital build, and you will see a disturbing picture emerge of a gridlocked city centre & many angry citizens.
This won't be "inclusive" at all, rather it will drive people away.

And Aaron Hawkins described the future George St. as '...a destination for everyone that tells our stories.' This is wokester gibberish. Imposing a pedestrianisation ideology onto the central city where history shows there is 50% chance of failure is a fools errand.

"Everyone has access currently" - that is to say everyone driving. Not so much if disabled, pedestrians with a young family, non-confident cyclists. Looking forward to a new design that moves the focus from motorised transport to a more inclusive access.

So those “disabled, pedestrians with a young family” one sees currently accessing it are a mirage then? I can’t determine the confidence levels of the cyclists without stopping them and asking so can’t speak to that. Perhaps they are confident people, perhaps not * shrugs shoulders *
Back to the main thrust of my argument - how does reducing traffic options help traffic flow in a finite space with a growing population?

If Hazelton wants a win - win for Dunedin then the first thing he needs to address is traffic flow !
The current programming of the traffic light system is appalling !
The lights on the roads running at right angles to the one-way system are not coordinated !
The traffic flow is limited to the number of cars than can be accommodated in a single block !
For peak hour traffic, this causes massive lines of cars going nowhere but burning up precious fuel.
Having a single systemic approach to traffic signals is both lazy and contemptuous of Dunedin ratepayers.
Another example is the signals that control the traffic into the Warehouse / Pack & Save car park ! It operates the same code even when the shops are closed forcing traffic to a standstill for no reason at all.
With these sorts of pathetic efforts currently in place, his words sound hollow to me.
You don't need to dig up the streets to better traffic flow.
Sort the traffic signal lights out !!!!!

For it to be a win - win there will need to be substantially better parking available so we can all 'tell our stories' whilst sat in the cold, windy shade of George Street sipping our prosecco (or more likely hot chocolates). I do wonder what planet this council lives on.

Change in Dunedin never seems to come easy ... and some changes shouldn’t. Heritage buildings, for example, should be valued and preserved for future generations. But other changes like street layout and how they’re utilised should move with the times. I don’t believe the George Street shopping area has changed much since the 1880’s. Cars have replaced horse and carts and that’s about it. It’s now disappointing to read so much negativity and to see the amount of reluctance to try something new and (hopefully) vibrant. We (the general public) and retailers all need to get behind this project and make it work and stop desperately clinging to the safe, tired, out-dated, worn-out status quo.

The problem is that this council, yes the current council, has a track record of pedestrianisation experiments that have failed and had serious negative impacts on business. Remember the great Octigan experiment where council planners simply created havoc and cost local businesses tens of thousands on lost turnover.

The same planners brought us the playground dots in George St which was simply a road safety design failure.

The upshot is when these planners fail they take no personal responsibility. The people who suffer are business owners and the public. Councillors hide beind greens slogans and woke generation buzz words.

So yeah, its terrific to try something new. Need that experiment cost ratepayers $60 million? Should the only people at risk be business owners? All because the greens councillors and greens town planners are anti car.

Now we know the main person to blame for failure, how about we set some criteria for determining that failure.
5 or 10 business closures on the new semi mall in the first 12 months from start of construction.
Council have been measuring the vacancies on George St for several years now. So criteria two is a 30% increase in empty shops in the first 12 months.

Then if these criteria are met both Hawkins and the doctor should resign and sod off somewhere else. They should be followed by all the greens in DCC operations, from the CEO down.

But that won't happen, you need integrity to stand behind your plans.

After 10 years living in Dunedin, I'm realising just how reluctant the old boys (and gals) of this city are for change. They want to keep it as it has always been. That's understandable for the heritage buildings - but not for metal and plastic boxes on wheels and where they move and park. Well this city consists of more than them and their anti-council, anti-mayor comments, and we should recognise the diversity and youth around us and what they want too.