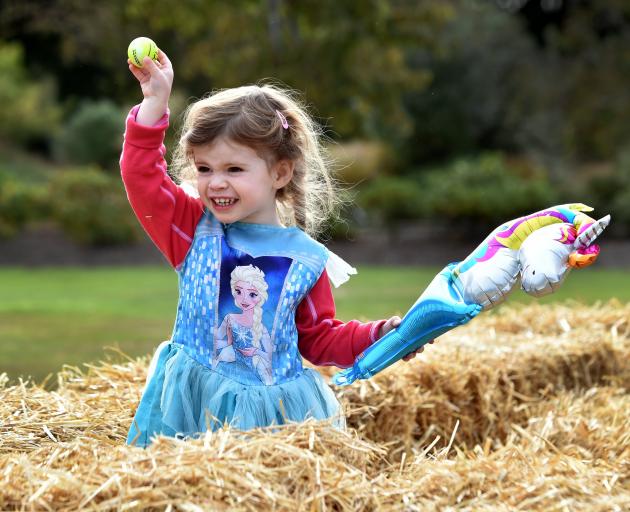 Annabelle Anderson (2), of Dunedin, hunts for Easter egg tokens in hay in the Wal’s Plant Land Easter egg hunt at the weekend. Photos: Peter McIntosh
Easter isn’t all about the chocolate. 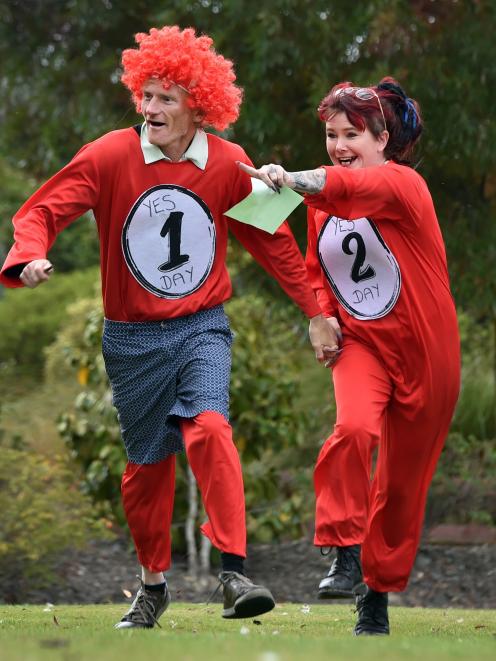 The pair were both dressed as the Dr Seuss characters, Thing One and Thing Two, while they took part in an Easter egg hunt at Wal’s Plant Land on Saturday, along with their three children.

The words "yes day" were on the front of their costumes.

Ms Warrington said the idea was to celebrate the family having time off together, which was a rare occasion.

"Then we’re going to find a waterfall."

Tenpin bowling was also on the agenda, she said. 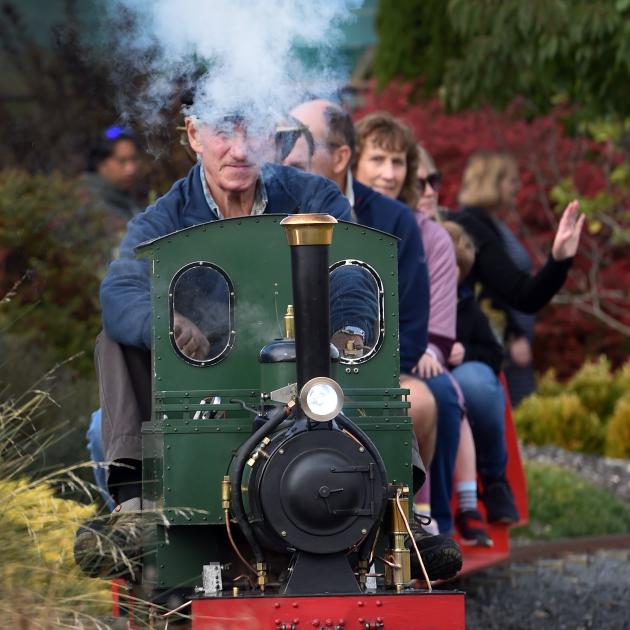 Wal’s Plant Land train driver Howard James takes families for a ride on Easter Saturday.
Their son, Ty Cherry (18), said while he was keen on the idea of "yes day", he was not so fond of his parents’ costumes, which ironically, he had bought. 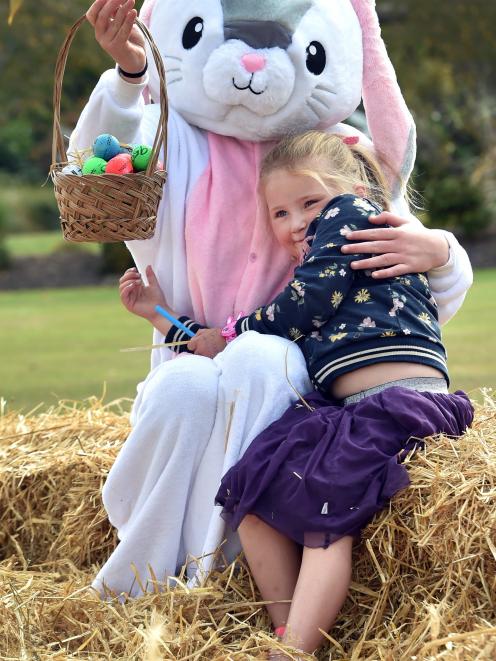 Emily Vanderhilst (5), of Mosgiel, is excited to see the Easter bunny.
"It’s ridiculous walking around with them."

Also making the most of the Easter fun at Wal’s was 2-year-old Annabelle Anderson.

It seemed she had dressed up for the occasion, wearing a dress with the popular Frozen character Elsa on it, as she searched through hay for Easter egg tokens.

But her mother, Sarah Anderson, said Annabelle had been wearing that dress every day for the past six months.

The new maze at Wal’s, which opened as part of its annual Easter celebration, was also providing entertainment for families.

It followed four years of growing 5000 shrubs for the hedge maze.