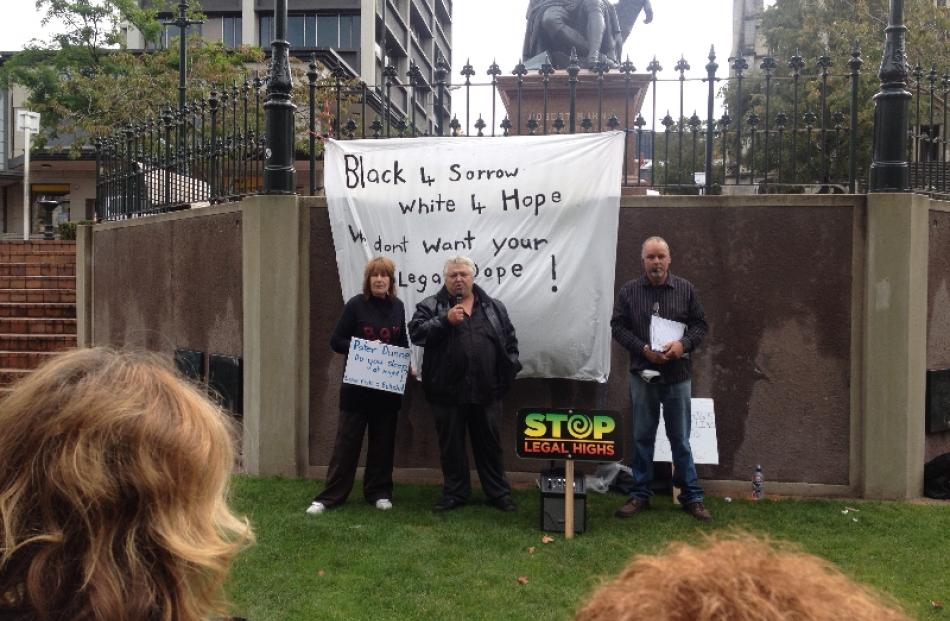 Speaking at a protest in Dunedin's Octagon against legal highs were (from left) protest organiser Karen Casey and concerned parents Wayne McFadyen and Calvin Hooper. 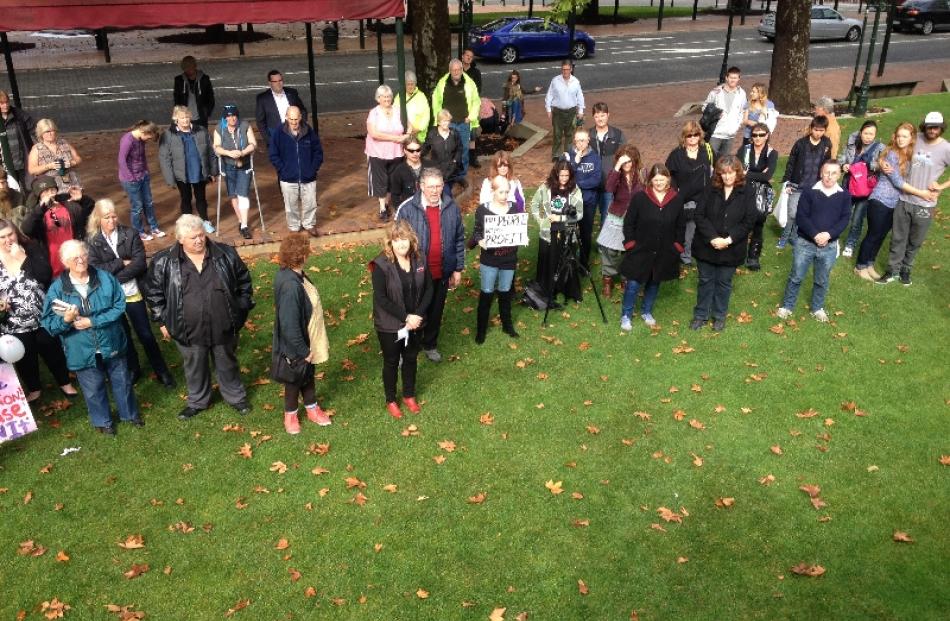 About 100 people attended the protest. Photo by Shawn McAvinue.

About 100 people gathered in Dunedin's Octagon this afternoon to protest legal highs.

Protests are being held in 23 centres from Whangarei to Invercargill today, and they were organised by Tokoroa mother Julie King via a Facebook event page, "Aotearoa bans the sale and distribution of legal highs in our country".

One of the speakers at the Dunedin protest was Calvin Hooper, who protested outside Cosmic Corner in George St earlier this week after his son was admitted to Wakari Hospital following synthetic cannabis use.

Wild Things and Skingraft were on the march route from Kuirau Park to City Focus via Pukuatua and Tutanekai streets.

Around 300 people took part in the march, with babes in arms through to grandmothers and grandfathers and from every facet of the Rotorua community.

"Synthetic cannabis is reaching right into our communities, into our houses and families," said organiser Maraea Pomana, a youth worker with Te Waiariki Purea Trust.

"Here in Rotorua there were 20-30 outlets, today there are four and we know where they are. I say to those people, listen to the voice of our community, send your licences back on Monday, you do not need to sell these products."

Submissions for the council's Local Authority Policy regarding the rules for businesses licensed to sell synthetic cannabis products, were presented to Deputy Mayor Dave Donaldson.