0 Comments
An idea that started almost 20 years ago has become a reality as Liberton Christian School in Dunedin opens a new junior classroom block.

Eighteen years ago Dunedin couple Ross and Catherine Pettigrew bought No3 Hillary St in the northern suburb of Liberton with the idea that it could be used in the future as a classroom at their children’s school.

Sydney Harlow lived in the flat next door and shared the Pettigrews’ vision. 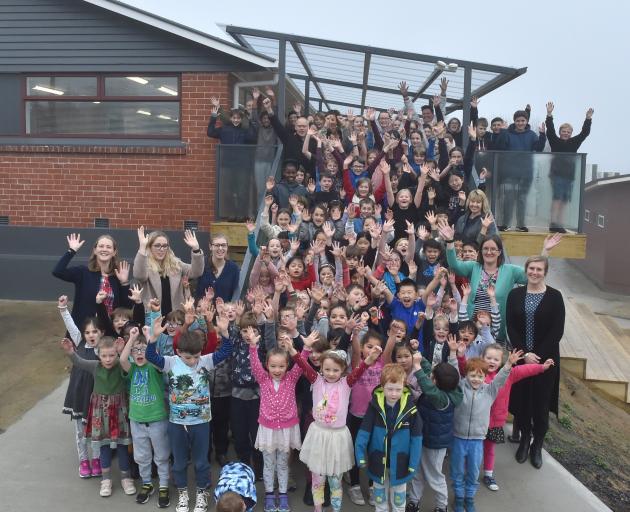 The 110 pupils of Liberton Christian School and the school staff are loving having new classroom space at the Dunedin school. PHOTO: GREGOR RICHARDSON
When he died in 2009, at his request, the Pettigrews’ bought his flat.

They held on to the properties until the Dunedin Christian Schools Association had the funds to buy both flats in 2018.

This week the former Hillary St flats are being officially opened as two redeveloped classrooms.

Principal Fiona Sizemore said the new classrooms were a long time coming, about three years in the making from funding, planning and building.

The additional classrooms were a huge blessing that would help manage an increased roll, she said.

For the past 10 years, the school’s roll had grown steadily.

To cope with the extra children, the school converted its library into a classroom.

Children moved into the new classrooms at the beginning of term 2 and the library reverted to its former use.

“We now have single-use spaces for the first time in a while, and it really makes doing our job easier,” she said.

“Our teachers can get on with the business of teaching.”

The school now has six classrooms, 21 pupils being split between the two new rooms.

Although the cost of the new block has not been revealed, Mrs Sizemore said the redevelopment was funded through attendance fees.

“It cost a lot, but it was worth every cent.”

The extra space allowed the school to look to the future, Mrs Sizemore said.

“We could now apply to grow the school a little more as we have the classroom capacity available,” she said.

The Pettigrews will cut a ribbon, alongside their grandchildren, who are current Liberton Christian School pupils, at a special assembly on Friday.