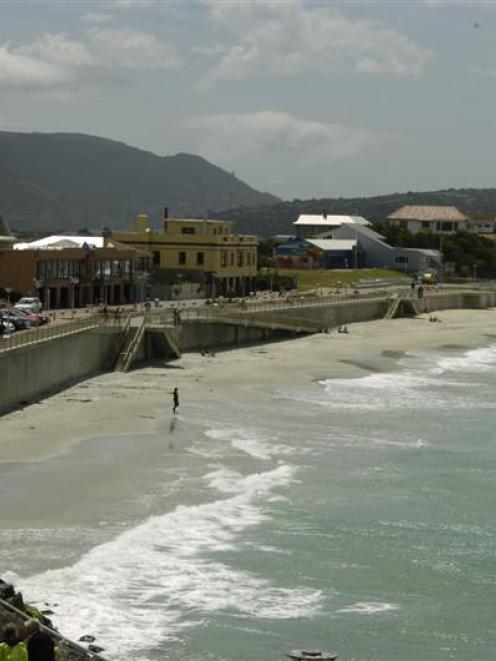 The proposal was announced yesterday by restaurateur Murray Macarthy.

Mr Macarthy has owned the vacant Forbury Rd section in the Esplanade block for about 15 years. In 2011, he bought the seafront restaurant Neptuno, neighbouring motels and a Bedford St house, all for more than $2.3 million, out of receivership.

It is not the first time Mr Macarthy, who also operates a chain of 11 Thai restaurants, has put forward a build-proposal for his St Clair properties.

However, he said yesterday that once building consent had been gained, construction could begin in June and the two two-storey premises be finished by December.

''The difference [this time] is instead of building and operating a restaurant ourselves, we will be leasing [everything] out.

''This needs to happen. It stacks up, and I've now got the time to focus on this project ... and I'm sick of people asking,'' he quipped about earlier postponements.

On the cleared Forbury Rd section, both the ground and first floors were designed for two separate restaurants, each with outdoor terraces. Two three-bedroom apartments were planned for the second floor.

The existing Bedford St house would be demolished and the new building would include a bakery and shop on the ground floor, office space on the first floor and two two-bedroom apartments on the second storey.

He already had a bakery lessee, who also wanted to buy an apartment. Mr Macarthy was yet to begin marketing all the commercial areas, and the other three apartments would likely be rented, he said.

Four car parks to service the apartments would be provided behind the Bedford St building.

Both buildings were designed by Dunedin architect Mason and Wales.

Mr Macarthy said Mason and Wales had had a ''favourable'' initial council response, and expected to file building permit applications within weeks.

He estimated both premises could be built for about $3.5 million, financed by himself, and not requiring financing by pre-selling the apartments ''off the plan''.

Other plans to extend Neptuno to its seaward front boundary were on hold. Mr Macarthy still had to consult the council on plans for up to 33 units across the motel complex frontage.

A $5.5 million-$7 million proposal to build a three-story, six-apartment block on seafront land between restaurants Neptuno and The Esplanade ''is still live''. A spokeswoman for the Wellington-based company said yesterday when contacted expressions of interest were still being sought, with ''definite offers'' for two apartments.