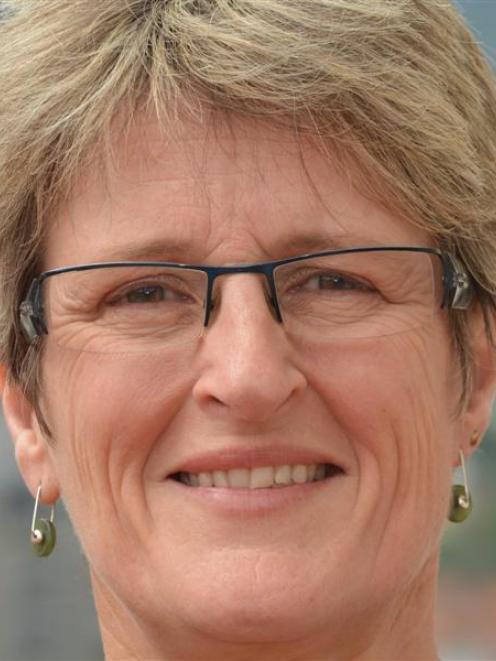 Sue Bidrose.
Nine former Dunedin City Council staff - including at least one senior manager - have together received almost $460,000 in severance payments in the past year, it has been confirmed.

Details of the payments were contained in the council's 2013-14 annual report, released yesterday, which covered the year to June 30.

The identities of those receiving payments were not disclosed, but the Otago Daily Times understands former council city property manager Robert Clark, who left in April, received the largest sum.

Council chief executive Dr Sue Bidrose said the payments represented the cost of ''fairly decent'' restructuring within the council over the past 18 months.

The aim was to improve the organisation's performance over time, ''but when you're making fairly decent structural change, sometime this is what happens''.

''You wouldn't want to keep doing this,'' she said.

The total amount spent on severance payments was also up on last year, when five payments totalling $368,696 were made.

However, Dr Bidrose said she did not expect the pattern to continue, and some contractual changes for new senior managers - designed to reduce the severance payment bill in future - had already been introduced.

The annual report also showed a slow decline in the council's total staff count was continuing, having dropped to 644 fulltime equivalent (FTE) staff this year from 657 last year.

Despite that, the council's annual wage and salary bill was continuing to rise, up to $46.3 million this year, from $45.9 million last year.

That was because of the competing demands for rates rises to be limited, and service levels maintained, while debt repayments were accelerated and new projects - like cycleways - were added.

The council had continued to find efficiencies and reduce staff numbers, but ''it does mean people are working long hours and working quite hard'', she said.

What followed would depend on the wishes of councillors at next year's long-term-plan budget meetings, but Dr Bidrose warned tough choices lay ahead.

''You can't endlessly keep clipping away at your head count without service levels starting to reduce.

''I think ... we've still got a couple of years of very tight budget balancing ahead of us.