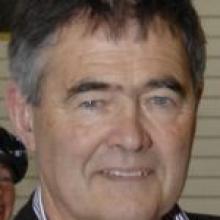 Dave Cull
Nearly 50 candidates - some from as far away as the United Kingdom - have applied to be the Dunedin City Council's next chief executive.

Council staff yesterday confirmed 47 applications had been received by last week's deadline, with interest coming from across New Zealand and as far afield as Australia and the United Kingdom.

Mayor Dave Cull, the head of the council's appointment committee, said the response to date had been "very pleasing", but there was much still to do before the successful candidate emerged.

That would include considering a short list of candidates, who would be flown to Dunedin for interviews beginning in about a month, he said.

It was expected the successful candidate would also need to give three months' notice before quitting their existing role, meaning it would be four months before they began work in Dunedin, Mr Cull said.

Athol Stephens is acting chief executive in the meantime.

Recruitment company EQI Global was appointed to find his replacement, and was due to report on the calibre of the candidates soon, Mr Cull said.

He did not yet know details of any of the candidates - including whether any were from within the council's organisation - but initial feedback suggested EQI was "pretty pleased with the standard of some of them".

The search for Mr Harland's replacement was expected to cost "considerably less" than $100,000, although the exact figure was commercially sensitive, he said.

The bill was one of the most expensive recruitment exercises in the council's history, but compared favourably with the $52,974 spent when the council was required to search for a potential replacement for Mr Harland in 2006.

Yesterday, Mr Cull said details of the pay package were still subject to negotiation, but it was possible the successful candidate, depending on their credentials, could secure a higher salary than Mr Harland's.

"I don't think the only measure you use is the remuneration of the last chief executive. I think it would depend on what we expect of the role, and that might be refocused a bit.

"It would depend on the skills and experience of the person offering himself or herself. It's not cut and dried ... by any means.

"It could be either way," Mr Cull said.

Pay rates were benchmarked against other council chief executives across New Zealand, he said.

Mr Harland's pay had risen to $346,725 per annum by the end of his 11 years' service, following a series of performance-based increases, but he and other senior managers also declined a pay rise in 2009 due to the recession.

Mr Harland's remuneration was dwarfed by that of Doug McKay, the new interim chief executive of the Auckland Council, who was on a fixed-term contract until July 2012 with an annual salary of $675,000, plus an incentive bonus of up to $67,500.