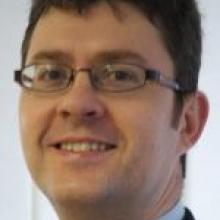 Paul Orders
The hunt for a new Dunedin City Council chief executive could be the most expensive recruitment drive in the council's history.

The council paid just over $84,000 in the search for a replacement for chief executive Jim Harland, with more than half the money going to a private firm charged with finding the best candidates, it has been confirmed.

The spending included $48,000 paid to recruitment company EQI, which undertook the search on the council's behalf, and also covered the cost of flights, accommodation, advertising and legal bills.

The spending was nearly $20,000 more than the $66,571.90 spent in 2009 recruiting David Davies as chief executive for Dunedin Venues Management Ltd, the company formed to run Forsyth Barr Stadium and other venues.

However, Cr Lee Vandervis - an ardent critic of council spending on consultants - declined to criticise the latest recruitment bill yesterday.

He told the ODT he "wouldn't be surprised" if the bill made Mr Orders' recruitment the most expensive in council history, but accepted the international recruitment drive came with significant costs.

"I'm not keen on using consultants at all, but there are a few key areas in which the city simply doesn't have ... any expertise.

"Given that we got a result where we had some serious, decent people to choose from, I am actually happy that this was one thing that was done properly."

He was aware the bill was nearly $20,000 higher than for Mr Davies, but said it was "a different ball game".

Details of the latest recruitment bill were released by Dunedin Mayor Dave Cull last week after a request under the Local Government Official Information and Meetings Act 1987.

Mr Orders and his family were not expected in Dunedin until at least next month, and possibly not until early October, meaning relocation costs were not yet available, Mr Cull said.

The council paid relocation costs of $21,000 to cover Mr Davies' move to Dunedin.

Mr Orders' remuneration would begin at $350,000 a year, with his package including work-related expenses such as telephone, broadband and Koru Club membership costs, and on-site parking, Mr Cull said.