Achievements the work of many: Farry 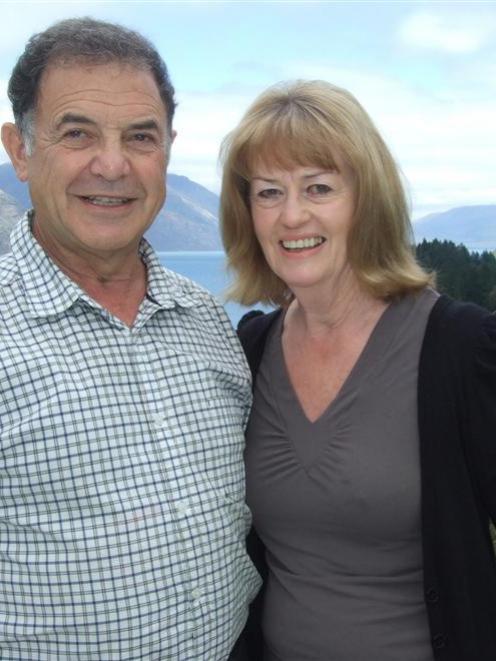 Malcolm Farry says his wife, Lyn, is foremost among those who have shared the work in his many projects. Photo by Joe Dodgshun.
Malcolm Farry's work as "the driving force" behind the Forsyth Barr Stadium in Dunedin has helped him achieve a New Year honour that he described as "humbling".

But his role as chairman of the Carisbrook Stadium Trust, despite its high profile, was only one aspect of his work.

Mr Farry has been recognised for his efforts as chairman of the fundraising committee for the Orokonui Ecosanctuary, a role he undertook between 2005 and 2008, helping develop a business plan to raise money to build facilities such as the $2.2 million, 8.7km pest-proof fence around the 307ha habitat.

He was also honoured for his decade as chairman of the Otago Youth Wellness Trust, from 1996 to 2006. The trust is a free, community-based service that supports 11- to 18-year-olds with social workers, mentoring, educational support and health services liaison and information.

The "wrap-around" service was one of the first to achieve a "high-trust" contract with the Government, heralding a new way of working with the community sector.

The honour also recognised his time as a city councillor in Dunedin, from 1998 to 2004, when he fostered relationships between the city and the University of Otago, and as director of Mercy Hospital, where he helped make the hospital a centre of excellence.

Asked his response to the honour, Mr Farry said he could not answer "any other way than the cliched way".

He said that was because the honour singled one person out, when the achievements were the work of many.

For Mr Farry, his wife, Lyn, was high on the list, as were "a very supportive family and extended family".

The boards of the stadium, Orokonui and youth wellness trusts were people without whom those projects could not have been completed.

The stadium would not have been possible without help from the Dunedin City Council, the Otago Regional Council, the Community Trust of Otago, the Government, the university and Forsyth Barr, he said.

"And last, but not least, the ratepayers of Dunedin" had, sometimes reluctantly, made the stadium happen, he said.

Mr Farry said he believed most people who had been to the stadium were "pretty excited" by the facility, whether they agreed with it or not.