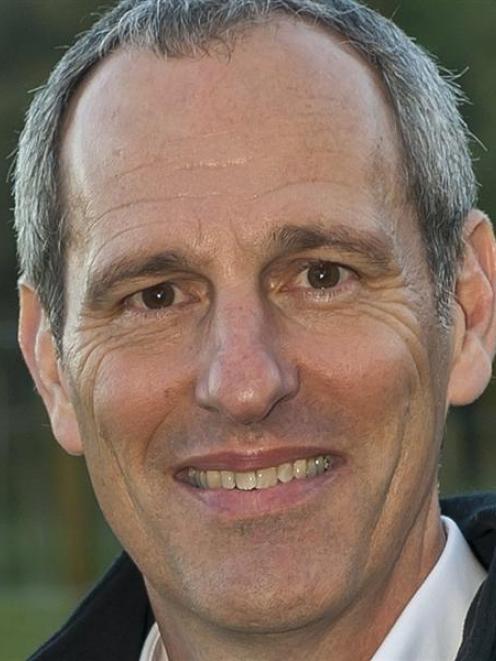 Dr Tom Richardson.
AgResearch ''may well'' change its restructuring plan as a result of discussions with ''stakeholders'', an internal email has revealed.

AgResearch chief executive Dr Tom Richardson made the comment in an email released to the Otago Daily Times under an Official Information Act request to the Ministry of Business, Innovation and Employment (MBIE).

''Several of the ongoing discussions will advance in the New Year and they may well lead to changes from the current plan,'' Dr Richardson said in an email sent to MBIE and a government office last December.

Another email indicated Science and Innovation Minister Steven Joyce was open to AgResearch changing its plan. The email, sent from Mr Joyce's office to MBIE, asked for more information on an internal report recommending Invermay be expanded rather than downsized.

''The minister would like this issue to be looked at more closely and `tested','' a member of Mr Joyce's staff said.

''The proposed hub at Lincoln could still exist, but could perhaps be altered.''

''The minister has clearly gotten hold of the idea that it may not be very smart to destroy a hub in Dunedin in order to help create one in Lincoln.''

If the plan was overturned, it would probably be due to government, farmer and board pressure and not a change of heart from AgResearch senior management.

''The senior executive team remain as trenchantly opposed to change as they have always been.''

In another email released to the ODT, AgResearch shared services director Andrew McSweeney expressed an openness to making changes.

''We believe our rationale for the transfer of capability [to Lincoln] is strong, however, we will review again our position, with the information and discussions we have had to date, and once we have concluded our meeting/s with [the University of Otago] and AbacusBio,'' Mr McSweeney said.

Further correspondence released to the ODT suggests the potential for staff losses remains a major concern for MBIE and Mr Joyce.

However, much of the correspondence painted AgResearch's plan in a positive light, including most of an MBIE report on AgResearch's ''genomics team''.

In the report, MBIE said New Zealand's agricultural sector was facing ''major challenges'' and AgResearch was trying to address these with its restructuring.

However, the report said maintaining or expanding staff at Invermay would reduce risks of losing staff and make it easier to maintain ''collaborations with other research providers''.

A spokesman for Mr Joyce told the ODT yesterday the correspondence showed the minister was ''making good on his pledge'' to thoroughly test AgResearch's plan.

The minister expected AgResearch to ''continue to refine its plans'' as a result of discussions with ''stakeholders'', including the Southern Texel Breeders, which this week passed a vote of no confidence in AgResearch.

''AgResearch remains keen to further develop proposals in the South that will bring further revenue to its organisation and further support its activities at Invermay.

''As the minister has stated before, the development of the Lincoln Hub is not dependent on any particular configuration of AgResearch's research groups.''

AgResearch did not respond to specific questions from the ODT, instead issuing a generic response.

''We are always, and will always continue to be, in discussions with all our stakeholders and research partners throughout New Zealand to investigate how we can collaborate to better deliver our sector's future science needs.''

It would confirm restructuring plans ''in the next couple of months'' and would contact staff first ''if there are changes''.