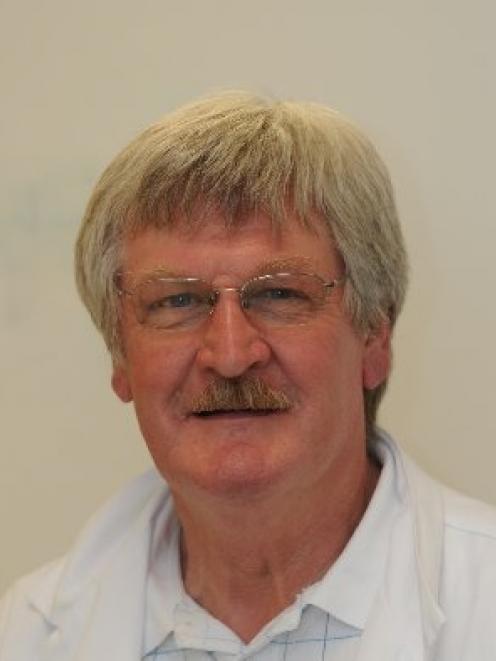 Frank Griffin
The relocation of jobs at Invermay will be a ''huge loss'' for the University of Otago, which has enjoyed a fruitful relationship with AgResearch over the years, a professor says.

The relationship between the two institutions saw them collaborate on the $17 million Christie building - a centre for reproduction and a genomics laboratory - which was opened in 2008.

Otago University did not respond to questions over its investment in the building yesterday, but the chief executive of AgResearch, Dr Tom Richardson, said the money spent would not be wasted, with the building still being used as part of the down-sized Invermay campus.

Prof Frank Griffin, who has collaborated with researchers at Invermay for almost three decades on solving animal health problems in the deer industry, said both AgResearch and the university would lose as a result of 85 jobs shifting north.

''It's been a wonderfully productive partnership and obviously that will be compromised if not completely eroded by the new structures.''

There would be a ''huge loss'' for scientists at Otago who researched livestock and he did not believe the links between the two institutions could be properly maintained, given the distance between the university and the new Lincoln hub.

''You need to be able to access your animals and access the people who work with your animals with relative freedom and obviously driving to Lincoln is not the way to nurture that kind of thing.''

AgResearch would also suffer through not having access to the diverse range of scientific expertise available at Otago University.

''The joy of the collaboration between Invermay and Otago is we can use the absolute best available laboratory technologies to complement some of the fantastic things they can do in the field setting.''

The staff at Invermay were among the best in the world at what they did, especially when it came to deer farming, and he suspected many would be lost to AgResearch.

''Some people certainly won't move. I think that might be a significant minority if not a majority.''

He shared Prof Griffin's concerns over the severing of links.

''One of my concerns is that when you do look at really innovative parts of the world, it's often built around a university that has a much more diverse research base.''

Dr Richardson said AgResearch would try to maintain and grow its links with Otago University.

''The relationship with Otago University and AgResearch ... goes back a long, long time and there has been and will continue to be great science done from there,'' he said.

It also planned to continue to use the Christie building ''to its fullest'' and the about 30 staff retained at Invermay would be based in the building.

Otago University's deputy vice-chancellor, research and enterprise, Prof Richard Blaikie, issued a statement yesterday saying it was too early to say how the university would be affected.

''We will look to maintain a strong research engagement with AgResearch in their new campus configurations, but it would be sad and regrettable for the region to lose people and capabilities from Invermay,'' he said.