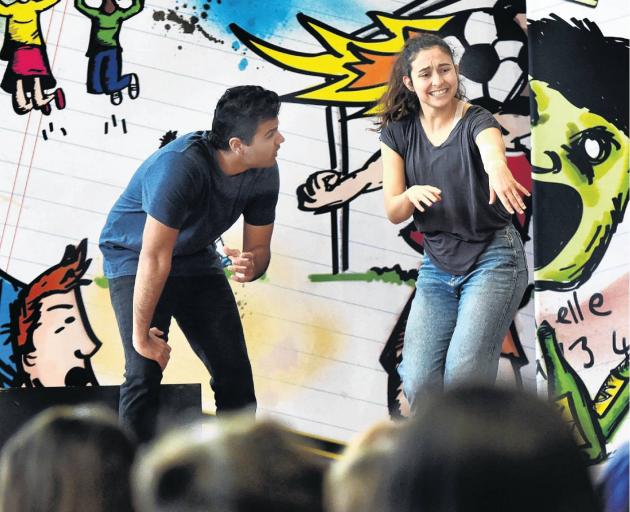 It is a pattern the Smashed Project is seeking to change.

This is the second year it has toured New Zealand secondary schools, and yesterday it shared important messages with Otago Girls’ High School year 9 pupils about delaying drinking.

Smashed Project spokesman Matt Claridge said the programme featured a play about a group of young friends who learn about the risks of drinking first hand, followed by an interactive workshop session in which pupils are invited to quiz the cast on issues brought up during the play.

‘‘Because it tells someone else’s story - not their own - it allows the students to actively rehearse situations and engage in the issues raised as a group.’’

After participating in the programme last year, 91% of the teenagers surveyed said they would wait until 18 to try alcohol, he said.

‘‘It’s about empowering our girls with information so that they can make good decisions.

‘‘We’re very aware that students’ exposure to drugs and alcohol is getting younger and younger, so we feel it’s really important to tackle it.’’

The Smashed Project tour will continue at secondary schools across Dunedin, Otago and Southland next week.