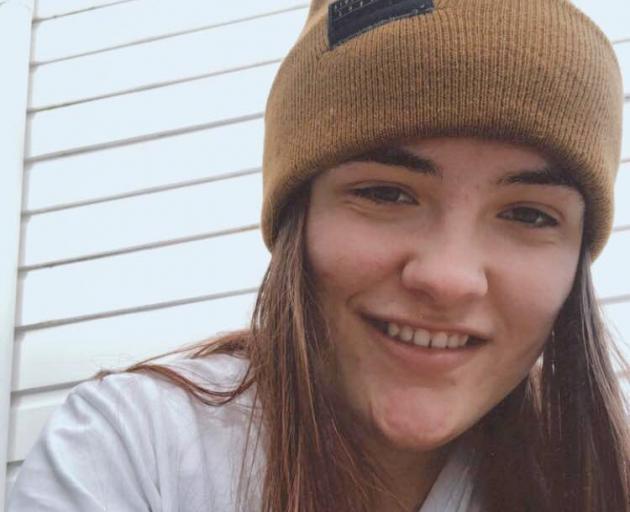 Jade O’Connell (19) was meant to fly from Dunedin to Wellington on Monday to attend Camp Twitch, a camp for those with Tourette syndrome.

After she arrived at Dunedin Airport on Monday morning with her mother, the pair were told Jade would not be able to fly because of issues with her on a flight the previous night.

She missed the first day of the camp.

Ms O’Connell’s family and friends have expressed their anger, saying the incident was humiliating and disappointing.

"It’s ridiculous. We’ve never had to do any of that before," mother Teresa O’Connell said.

"It felt like it was about her Tourette's and this crew did not want to deal with her."

Air New Zealand says the issue was a medical one and it made the decision with her safety in mind.

Ms O’Connell had been in Auckland on Sunday and returned on a flight that night.

Her mother said Jade had a small panic attack at Auckland Airport, losing feeling in her legs.

"She alerted the staff at the airport and they were brilliant. They got her in a wheelchair and got her on the plane.

"I met her in Dunedin, got her in the car, got her home and she came right."

The pair went to the airport next morning and approached the Air New Zealand help desk.

"We did what we always do and went to the desk.

"We do it so they’re aware of Jade and her Tourette’s.

"The man at the desk told Jade to go to the gate so we went through security, and then he ... told me there was an issue."

She was told the crew on the flight to Wellington were the same as the night before, had remembered Jade and said she was disruptive and demanding.

"He said [Jade] had demanded to go to the toilet on the plane because she couldn’t walk herself and that her not being able to use her legs was an issue.

Mrs O’Connell told staff her daughter was now able to walk as normal, but he said she had to get a medical certificate.

Ms O’Connell was cleared to fly.

"It really annoys me because there are so many people out there with Tourette's and they should not be discriminated against.

"Some of the stuff she says can be offensive, but we always tell people she’s got Tourette's ... we don’t blindside anyone."

Ms O’Connell was diagnosed with Tourette syndrome in January this year after four years of dealing with it, her mother said.

"For so long she wondered why she was different from everyone else."

She had since started a TikTok account to tackle the stigma by sharing snippets from her daily life, and had gained more than 975,000 followers on the social media platform.

"She’s helped a lot of people from all over the world but it’s actually helped her and her confidence hugely too.

Mrs O’Connell was disappointed staff did not take time to find out what was going on.

"It was so matter-of-fact. If one of the staff had come to talk to her they might have understood but they didn’t bother."

An Air New Zealand spokeswoman said she was unable to travel due to medical reasons.

"She has now been provided with documents to complete in order to get medical clearance to fly. We require this to establish that passengers are capable of exiting the aircraft unassisted in an emergency.

"As each person with Tourette’s syndrome can present different characteristics it is important our team are informed.

"We are sorry to hear she missed the first day of camp. However, ... her safety is our first priority and our staff make decisions with this in mind."

Ms O’Connell was allowed on board a new flight yesterday morning, but Air New Zealand said she had to have a companion with her in case of an emergency.

The family paid $340 for her grandmother to accompany her, and the pair planned to return to Dunedin on Friday.