All over Dunedin - on one pair of shoes 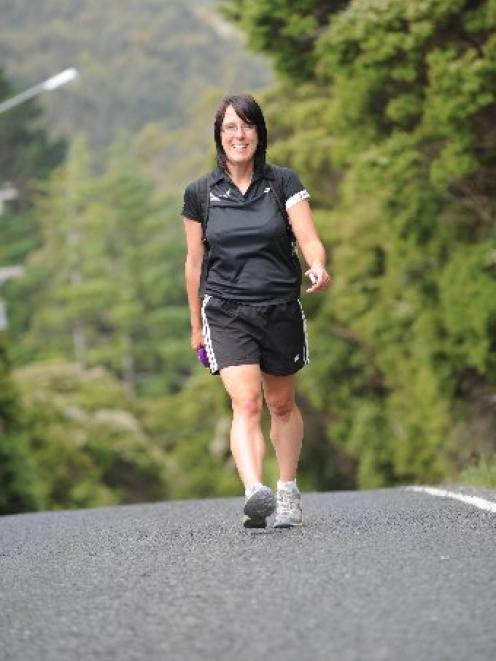 Sarah Naylor takes the last steps in her bid to walk down every street in Dunedin City. Photo by Peter McIntosh.
There are about 1500 streets in the Dunedin area, and they can all be walked on one pair of shoes - just.

The 30-year-old has spent almost every evening during the past year, walking every street listed under Dunedin in the Wises map book.

Why? Because she works for the Ministry of Health and she likes to lead by example.

"I read about a gentleman in [Allied Press community newspaper] The Star who was doing it for the 10th time.

"I thought it was crazy, for a start.

"But I decided to do it because I tend to have little projects. Last year at work, I did a pedometer challenge with my colleagues at work. We walked 10,000 steps every day for about three months.

"I feel these little projects are a good way to lead by example."

Miss Naylor said she had spent a couple of hours each day after work, walking thousands of kilometres on the streets of Dunedin, Mosgiel, Allanton, Waldronville, Outram, Warrington and out as far as Deborah Bay on the west harbour and the albatross colony on the east harbour.

"My favourite area to walk was Mosgiel. I discovered it really is warmer there than Dunedin.

"Some of the hill suburbs were good too - once you get to the top."

She said that in the beginning, her friends thought she was mad for taking on the project, but they had become very supportive since then.

"My friends would drop me off in areas to walk and pick me up again later. It's been great because I don't drive."

Miss Naylor walked her final street from the Wises map book - Signal Hill Rd - last night and celebrated the completion of the final leg with friends at the Signal Hill monument.

She hoped Santa Claus would leave a new pair of shoes under the Christmas tree this year, because her present pair were "had it".

"I did the whole year with only one pair of shoes. They are well and truly gone now.

"One of them has a big hole in the bottom."

As for next year's "project", Miss Naylor said she planned to do something a little less physical.

"I'll probably do something more intellectual to give the legs and the blisters time to heal." 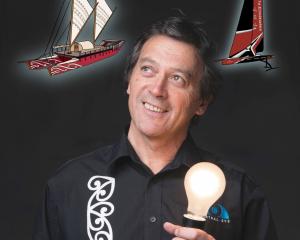