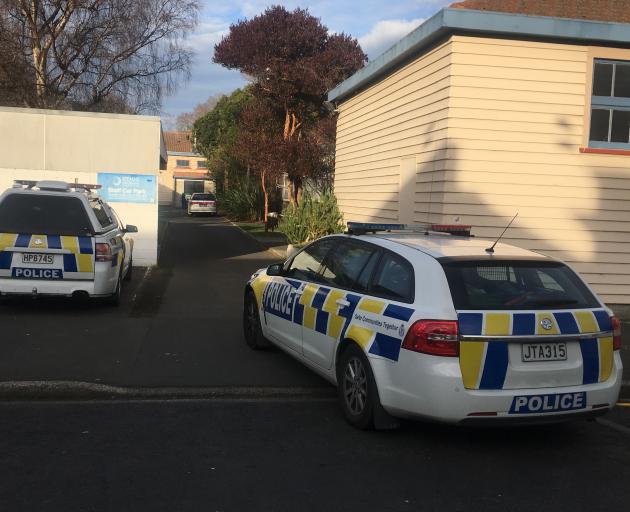 The building was evacuated and there was a heavy police presence at the school after the man pointed what appeared to be a gun at a wall.

Polytechnic director of people and culture Laura Warren said on Wednesday the polytechnic had always been committed to the safety of its students and staff, and was reviewing its critical incident policy and response, as well as other related aspects of safety and security, including working with police.

"It is the responsibility of staff and learners to be thoroughly conversant with evacuation arrangements concerning buildings and areas in which they work."

A police spokeswoman said inquiries into the incident were ongoing, and no-one had been arrested.

Police were working with the polytechnic to assess and improve the safety measures it had in place, to ensure it was well-equipped to deal with incidents of a similar

So no proof that a firearm was involved as yet.

If this continues to be the case, it would be interesting to know how this incident gets reported in the statistics for the police call out.