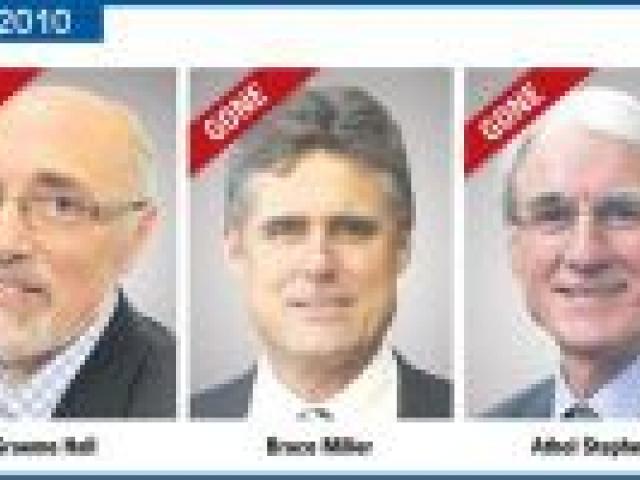 The Dunedin City Council sees a hint of light at the end of the tunnel after four years of high-profile headaches, but it is counting the cost after an almost complete clean-out of its top managers. Chris Morris reports.

Tony Avery will follow a well-worn path to the door when he quits the Dunedin City Council sometime in the next few months.

However, he will leave with his head held high, rather than under a cloud.

Mr Avery (51) made the shock announcement on Thursday he was resigning over the growing scandal surrounding the alleged $1.5 million Citifleet fraud.

Mr Avery and his boss, council chief executive Dr Sue Bidrose, have both said he was unaware of the alleged decade-long fraud.

But as the general manager responsible for Citifleet - among a variety of other council departments - Mr Avery accepted ''the buck stops with me''.

''It's the right thing to do,'' he told the Otago Daily Times.

His decision sent shockwaves through council ranks, but his departure only added to an exodus of senior managers from the organisation in recent years.

That has seen an almost complete overhaul of the council's executive leadership team - the top-tier of council management - since 2010.

Dr Bidrose told the ODT the turnover came at a cost but also made room for new ideas - and new ways of doing things - to be introduced.

''Every time there's a change in management there's a transition period, and although it is great to get people with new ideas and bring ideas in from outside, there's also no doubt that other people are left carrying the can.

The exodus began with the resignation of former chief executive Jim Harland weeks after then-mayor Peter Chin failed to win re-election in October 2010.

Mr Harland's replacement as chief executive, Paul Orders, was quick to launch a management overhaul, and the list of departures grew to include Grant Strang and Graeme Hall, who both quit in late 2011.

Athol Stephens joined the list when he left in March last year, just a day after his intention to depart was announced, and he was followed out the door in September by Bruce Miller.

She joined the council in late 2010, before replacing Mr Orders as chief executive when he returned to Wales last year.

The exodus did not stop at the top level, with a list of managers from the council's lower ranks also heading for the door in recent years.

That included council customer services manager William Robertson, who resigned in 2011 and left the same day, while denying allegations of bullying within his department played any part in his decision.

Former city property manager Robert Clark left quickly, four days after resigning, in April this year, a month after a proposal to effectively disestablish his role was circulated.

Dr Bidrose, contacted yesterday, would not say whether she considered the turnover was unusual for a council of the DCC's size.

Nor would she be drawn on whether the rate of attrition within the council had any links to the high-profile and costly issues the council had grappled with in recent years - of which the alleged $1.5 million Citifleet fraud is only the most recent example.

The list includes the bill for Forsyth Barr Stadium, which jumped from $188 million to between $224.4 million and $266.4 million, depending on which peripheral projects are included in the tally, and millions more in ongoing losses.

The council was left reeling from a surprise $8 million drop in dividends from its companies in 2011, and further cuts since then, as well as from the $6.4 million cost of failed property purchases by one of its companies, Delta.

The purchase and sale of Carisbrook cost ratepayers another $3.4 million, while the outlay over the tussle surrounding State Highway 88 has continued to mount.

Dr Bidrose said the alleged Citifleet fraud was just ''one of the challenges'' facing the council when she joined in 2010, and reform within the organisation had been ''well due''.

She was reluctant to discuss the culture within the council when she arrived, but said, when it came to some internal processes, ''there was a lot of opportunity to do some things differently''.

''I think people have rightly questioned some of our practices and processes.''

The alleged Citifleet fraud was one example of what could go wrong and was an ''awful thing'', she said.

''We as an organisation are supposed to be good, cautious and prudent stewards of ratepayers' money, and we let ratepayers down.''

The turning point came with the election of new councillors in 2010 - bolstered by more fresh blood following the 2013 election - who had given staff ''very clear'' direction about the need for change, she said.

That change ranged from putting an end to staff buying surplus council vehicles, to introducing a conflict of interest register, to an overhaul of the council companies' governance structure under Mr Orders.

There had also been an increased focus on debt repayments under Mr Orders, allowing the council to finally start down the other side of its debt mountain in the last year, she said.

Attention was now focused on plugging other gaps in the council's internal controls - for example, updating the council's ''whistleblower'' policy and creating a new risk and audit subcommittee - and tackling bigger issues, like the review of the stadium, she said.

Dunedin Mayor Dave Cull told the ODT there had been ''enormous change'' within the council in recent years, and he - like others - was committed to instilling best practice across the organisation.

Nevertheless, the various headaches - from the stadium to Citifleet - together represented a ''very big loss'' to the council and ratepayers.

''Basically that's the cost of inefficient decision-making systems,'' he said.

Some of the headaches were one-offs, but there was also ''undoubtedly'' some connections between them, he believed.

''One of the things that could connect them is a culture ... there was a kind of old-fashioned, complacent, public service ethic, in my view, and it's had to change.''

That change had been driven by Mr Orders and Dr Bidrose, as chief executives who both had ''a very clearly articulated public service ethic'', he said.

While he hesitated to describe the council's previous culture as ''rotten'', there ''probably'' was a culture of entitlement when it came to some things - like free tickets for staff - within the council.

''There was a bit of complacency that things had always been done that way,'' Mr Cull said.

''People could maintain that attitude when things didn't go wrong.''

Dr Bidrose said, despite the challenges, the council had managed to deliver improved services while keeping rates increases well below earlier forecasts.

Nobody complained about the quality of the Toitu Otago Settlers Museum, or the city's upgraded water system, and there was light at the end of the tunnel, she believed.

''We are delivering the changes that [councillors] are demanding on the behalf of ratepayers.''