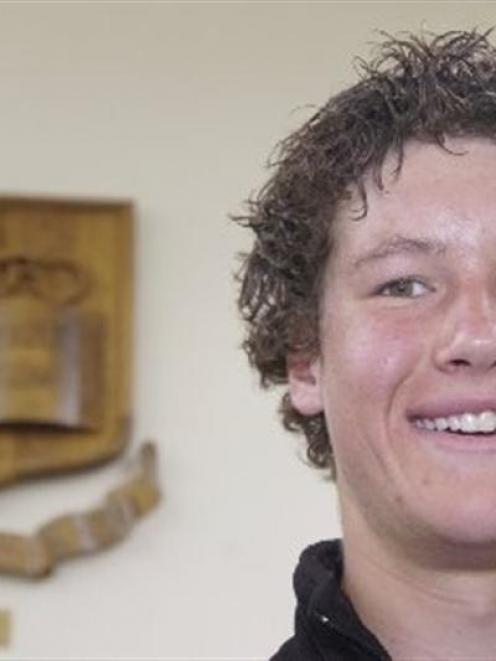 "When I was asked to be head boy, I was thinking, 'Am I good enough for the role?'.

In the past, at senior prizegivings, I saw head boys and girls who took on every challenge that came their way and they seemed to be high achievers."

Past head boys and girls at Bayfield High School have gone on to become successful leaders in the community.

They include people like Julie Anderson (now principal of Queens High School), Paul Hansen (University of Otago Associate Professor of economics), and Dr John Angus (Ministry of Social Development senior adviser) and Sally Angus (nee Balfour), who is owner of a coaching and mentor business and has appeared on television.

Jeff himself is a successful athlete specialising in cycling and mountain biking.

This year he was a member of the Bayfield High School team which came eighth overall in the Wanaka Challenge. He is also a member of the Otago Cycling team and has represented Otago at the National Club Cycling Championships for the past two years.

In the past, Jeff has been a man of few words. But since taking on his new role, he has learnt that good communication is the key to good leadership.

"Now that I've been in the role for a couple of weeks, I've learned to develop my communication and human relations skills. It's so important to communicate in this job.

"If students have problems, it's great if they feel they can trust you and come to you for advice."

Despite his initial anxiety about being head boy, Jeff said his experience in cycling and mountain biking had given him confidence because it had taught him to tackle challenges head on.

"I wasn't quite expecting to do that well at the South Island Secondary Schools Mountain Bike Championships because I wasn't really on form for it. It was quite a high-level race. I tricked myself into thinking it will all go well and I believed I could win.

"Half the battle is mind over matter. It showed me I can do whatever I put my mind to."

While there are many leadership styles, Jeff said his style was to lead by example and be consistent about how he makes his decisions.

"You've got to be well informed to make good decisions. I've always tried to think for myself. If someone tells me something, I always remember there are two sides to every story. It's important to get all sides of a story. If you don't, poor judgement results and often things turn to custard."

Jeff said his main aim for the role was to inspire other pupils to get involved with all the opportunities available at the school and to create a "caring environment" among pupils.

"Over the last few years, I've raised the school's profile through cycling. But I really wanted to leave my mark in some other indelible way. Being head boy is giving me the chance to leave that mark."