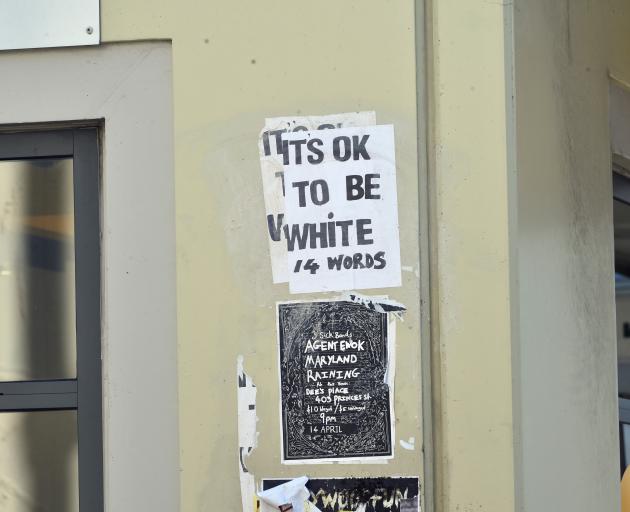 The handwritten, photocopied leaflet encouraged residents to download a book that denies the Holocaust.

It appeared in letterboxes in Opoho on Wednesday.

Evans St resident Allie Cunninghame said she searched the name of the author and was "furious and also deeply shocked" to discover the leaflet promoted a book by a Holocaust denier.

"I want everyone in our neighbourhood [and] New Zealand to know that they are welcome and can be safe here.

"We don't want these people to get any publicity for their dreadful book."

The Otago Daily Times has chosen not to name the book or its author.

New Zealand Jewish Council spokeswoman Juliet Moses said the leaflets were an insult to survivors of the Holocaust, in which six million Jews, along with Soviet prisoners of war, ethnic Poles, Roma, gay men, political opponents of the Nazis, and disabled people, were murdered by Nazi Germany and its collaborators.

"It's incredibly offensive for survivors and for surviving servicemen from World War 2."

She said anti-Semitic activity in New Zealand seemed to have increased recently, including graffiti, verbal abuse and desecration of headstones, but especially anti-Jewish sentiment on social media, which had given a much larger platform to those whose abhorrent views would not normally be heard.

In 2015, a Jewish and a Christian headstone in Dunedin's Southern Cemetery were covered with graffiti of a large swastika, and three Jewish headstones were smashed.