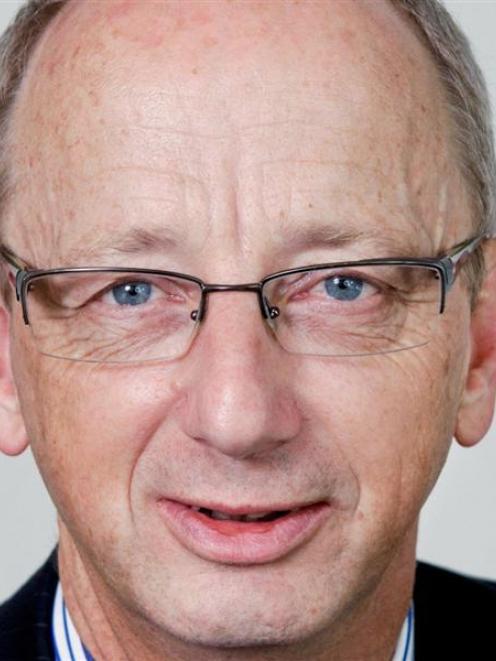 Tony Avery.
After three years under wraps, the traffic lights at the intersection of Anzac Ave and Frederick St in Dunedin are finally set to be commissioned.

The lights have been at the centre of a wrangle between the Dunedin City Council and contractor Doug Hall, now a city councillor, that has cost ratepayers $659,000 since a new section of State Highway 88 was built around his property in 2011.

Cr Hall argued the council erred during the process of designating the land for the road, by not notifying him, which the council admitted.

The court quashed the designation.

Cr Hall wanted the council to buy his property and/or resolve safety issues to do with access to the property, which he said were created by the new road layout.

He successfully sought a High Court injunction to stop the lights, at the entrance/exit to his property, being turned on until access to his site was improved.

Last month, Cr Hall sold the property to Emerson's Brewery and the council yesterday announced the Environment Court had approved a designation for the realignment as it was.

The approval makes the section of road legal, although it has been used anyway since it opened.

Council general manager infrastructure and networks Tony Avery said everyone had now agreed, by memorandum, to the designation, and Emerson's would work its access around the intersection as it was.

A few minor adjustments to road markings at the intersection and the timing of the traffic lights would be needed, but other than that, the access from the Ward St overbridge and the lights were expected to be commissioned about December 15 - the day Cr Hall must vacate the property. Temporary traffic controls would remain in place until then.

There were still some wash-up costs to come, including remaining traffic management and legal costs, as well as the cost of reinstating the intersection, but they were expected to be minor.

Mr Avery said he was pleased the issue had been resolved.

''Our view has always been that the road and intersection would work well for all road users and it will be good to finally have the lights turned on, the Ward St ramp operational and the intersection functioning as it was intended to.''

Cr Hall said his concern was related to the size of the truck and trailer units regularly driven into and out of his property at that intersection. He did not think Emerson's operation would have the same issues.

• Costs still to come: About $6000 in traffic management and some cost associated with commissioning lights at the Anzac Ave/Frederick St intersection and reopening the approach of the Ward St overbridge.