App takes castle back in time 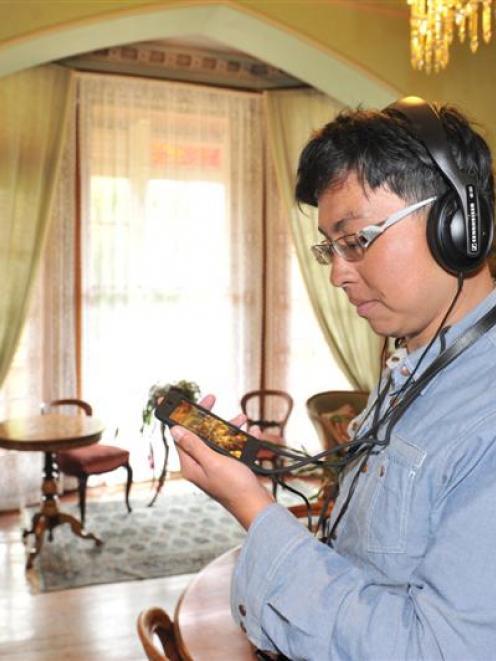 A smartphone application launched at the castle this week allows it to be experienced as the bustling stately residence it was a century ago.

Seven period scenes, showing how the rooms were used a century ago, were filmed around the castle in April for the virtual reality tour. The app was introduced at the castle last week, after more than a year of development by Dunedin companies Animation Research and the Video Factory.

''We had been looking for years for something to improve interpretation. But it is such a hard thing to do well,'' Larnach Castle director Norcombe Barker said this week.

''We wanted something that would really add value and depth to the experience and not just repeat what's already here. We've only had it in operation for a week, but it's already been very popular.'' 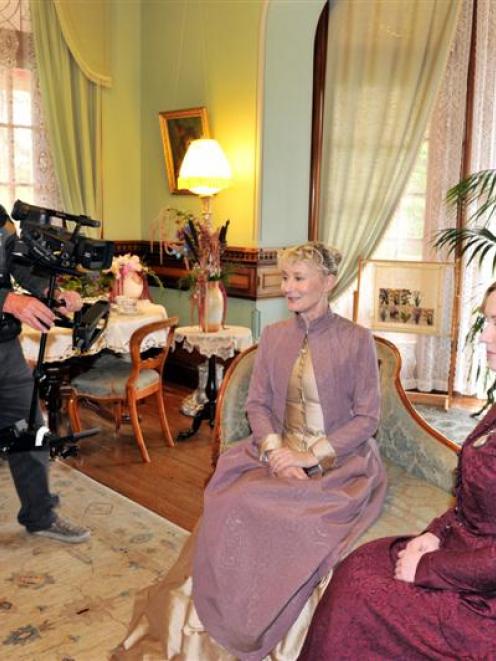 Cameraman Patrick O'Neill films Lyndall Frost (left) and Robyn Swindells in the Larnach Castle drawing room in April in a scene for the app. Photos by Linda Robertson.
The tour had initially been launched in English and Chinese and other languages would be added over the next few years, Mr Barker said.

''We chose Chinese because we get a lot of visitors from that region.

''But the app is very flexible. You can add videos, change the tour or add different languages very easily.''

The 40 iPod and headphone units available for castle visitors represented a significant investment, he said.

''It cost six figures. It certainly wasn't cheap and, as far as we know, we're the first historic home in New Zealand to do it. But, in five or 10 years, this will be the norm.''

The audio visual tour units can be hired at the castle for $5, or downloaded on to smartphones before arrival, for $4.50.