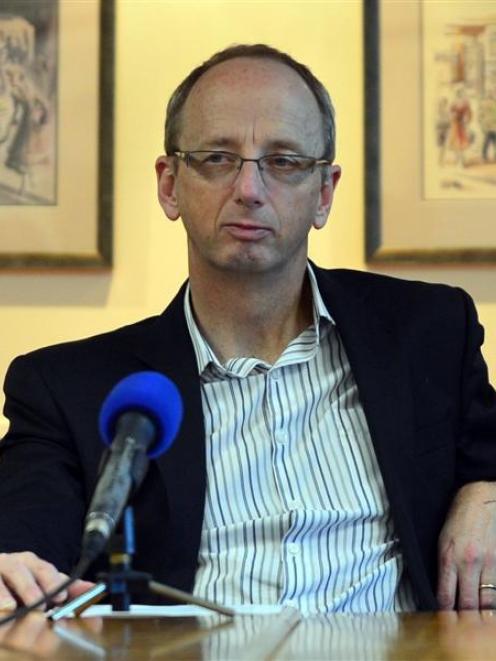 Tony Avery
The Dunedin City Council has called in an independent auditor to scrutinise a senior manager's contract to supply vending machines at Moana Pool.

However, council infrastructure and networks general manager Tony Avery said the council was still to form a view about whether aquatic services manager Steve Prescott had a conflict of interest from the deal.

Mr Avery did confirm Mr Prescott was in charge of negotiating and renewing contracts to keep the machines at Moana Pool, while at the same time profiting by up to $10,000 a year from his own contract to restock them.

That was a matter to be considered as part of the investigation, so the council ''has not formed a view as to whether a conflict of interest exists'', Mr Avery said.

His comments came as he confirmed independent auditing firm Crowe Horwath, which has an office in Dunedin, had been called in to scrutinise the contractual arrangements surrounding the machines.

The move came after it was confirmed last month Mr Prescott had been profiting from a private contract to supply vending machines at the pool.

The investigation has since been widened to include the handling of an earlier official information request, after the Otago Daily Times was told in February last year council staff were not privately profiting from the machines.

Yesterday, Mr Avery also released more details of the council's financial relationship with the owners of the eight vending machines, four of which were owned by Coca-Cola Amatil (NZ Ltd).

The other four had been owned by MultiSnack Ltd, later sold to Bluebird Foods Ltd and then, earlier this year, to Vending Direct Ltd.

Mr Prescott handled the contractual arrangements between the council and the companies, including the renewal of contracts, Mr Avery said.

The council held no record of how the contract had been agreed, but ''we understand'' it was also awarded following a competitive tender process, Mr Avery said.

''All subsequent contract rollovers have been conducted by Mr Prescott,'' he said.

Information released yesterday showing the council had received $158,790 since 2008 from a revenue-sharing deal with the owners of the vending machines.

The money went back into the council's aquatic services budget and was further bolstered by an additional site fee paid by the machine owners to the council, Mr Avery said.

Exactly how much that was worth would not be disclosed for reasons of commercial sensitivity for the companies involved, he said.

Mr Prescott's contract to stock the machines was with Vending Direct Ltd, while Coca-Cola Amatil used an independent contractor.

Mr Avery told the ODT he hoped the investigation would be complete within two weeks.

Mr Prescott remained on normal duties in the meantime, and continued to stock the machines. His contract with Vending Direct was due to expire early next year.