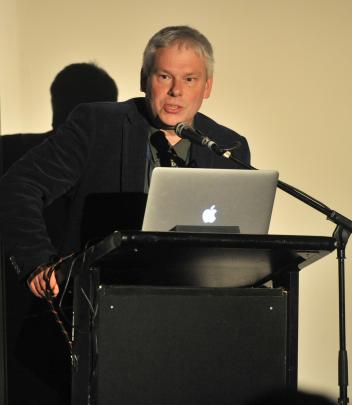 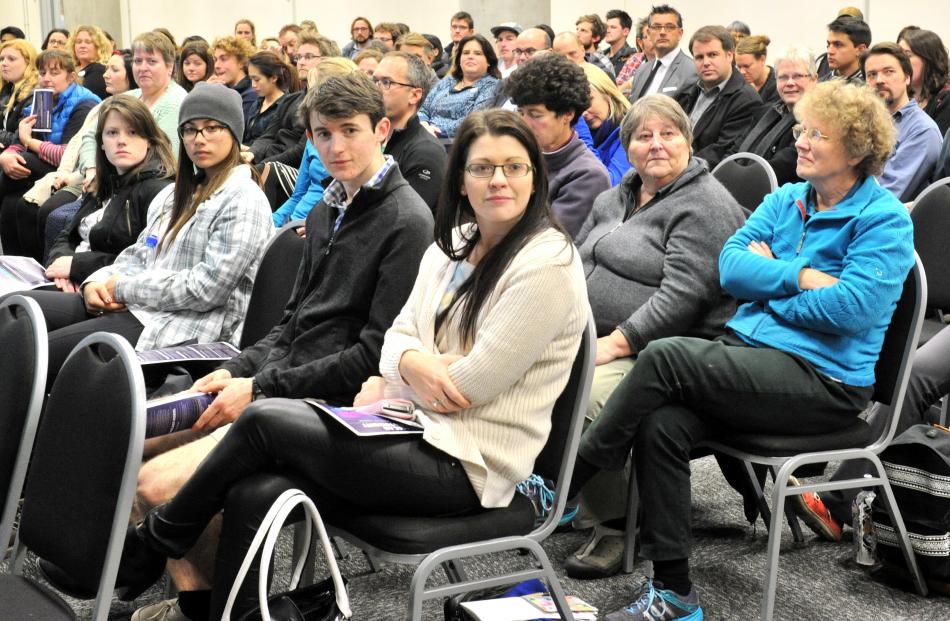 Less than two hours before he was due to speak to 900 people about the aurora australis, Otago Museum director Ian Griffin was on Twitter.

Last night's panel presentation on the aurora was supposed to take place at the museum, but was re-scheduled to a room at Forsyth Barr Stadium after Dr Griffin and his five co-presenters realised how many people were interested in attending.

In the end, one talk at the museum morphed into two at the stadium, back to back, each limited to 450 people.

Astronomer and leader of the dark skies group of the Royal Astronomical Society of New Zealand (RASNZ) Steve Butler opened the evening, speaking briefly about the talk's inspiration: a Facebook group, Aurora Australis, which has thousands of members from all over Australia and New Zealand.

Then, he handed the floor over to RASNZ's aurora and solar section director Bob Evans, who dived head-first into the science of aurora formation, alternating between slides and videos of solar eruptions and the earth's magnetic field.

''It's quite beautiful, really,'' he mused, looking at one video of a solar eruption.

Dr Griffin followed with a frenzied slideshow of aurora photography - ''we're just whizzing through the pictures'', he said - and the tale of his own journey to becoming an ''aurora chaser''.

He gave the audience some suggestions of the best places to go see the aurora near Dunedin, and highlighted Hooper's Inlet on Otago Peninsula as one of his favourites.

He and astrophotographer Stephen Voss bookended photographer Taichi Nakamura's practical explanation of how to photograph the aurora.

Like Dr Griffin, Mr Voss left the crowd murmuring after a display of his most prized aurora photography.

But both were dutiful about administering caveats to audience awe.

''I've been out to see the aurora on 51 occasions since moving to Dunedin two years ago, but I've only been able to see colours [with the naked eye] two or three times,'' Dr Griffin said.

And before showing a stunning series of photos of auroras that he shot in 2001 and 2002, Mr Voss showed the audience a graph of solar flares over the previous three solar cycles, which each last about 11 years.

The first cycle's peak, in early 1990, was about a third larger than the second, in the early 2000s, and the current solar cycle's peak, happening now, was smaller still.

In the last solar cycle, there were four coronal displays, a rare and magnificent sight, he said.

Still, all six of the presenters urged the audience to go out and see the aurora, which, as Dr Griffin noted at the end of the talk, was visible last night.

''So you should all go - but please don't all go to Hooper's Inlet,'' he said, only half-joking.