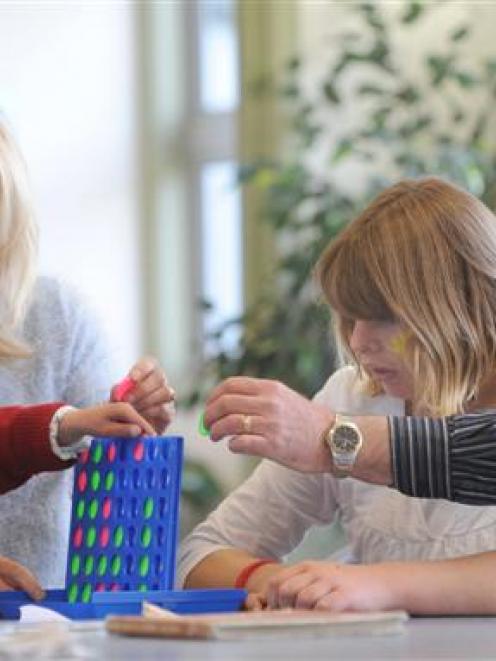 As part of Autism Week in New Zealand, Otago Secondary Principals Association chairman and Kaikorai Valley College principal Philip Craigie took the opportunity to highlight the funding shortcomings by saying the success or failure of special needs units in schools was dependent on high quality and experienced staff.

He said too few funds meant some schools were worrying about retaining staff.

"We need to have the people on the ground that are looking after the students.

That's where we are starting to struggle, because funding hasn't increased to cope with the pay rises that staff are due.

"I think that funding needs to be addressed by the Ministry of Education because it is becoming harder for schools.

"Some pupils with severe special needs are particularly demanding and you need to have good personnel to help them with their education."

Principals from other regions around the country have also expressed concerns that the number of pupils with conditions such as autism were increasing and the ministry was not providing enough funding to employ special education teachers to keep up with growing demand.

Autism New Zealand has 2947 members under 16 years old and adds about 25 a month.

However, the true number was likely to be in the thousands because not everyone with autism was registered with the group.

Mr Craigie said the Ministry of Education funded 19 pupils with autism at Kaikorai Valley College, and there were many others in the general school population who were "higher functioning".

"The numbers haven't increased over the last decade down here. Unlike other regions, the numbers in Otago seem to be the same and we're not expecting any growth in numbers."

Kaikorai Valley College celebrated Autism Day yesterday with a special assembly at which pupils from the school's Helen Brathwaite Centre told other pupils about dealing with the daily challenges created by their conditions.

Staff and pupils also celebrated the event by painting their faces and wearing brightly coloured clothes.