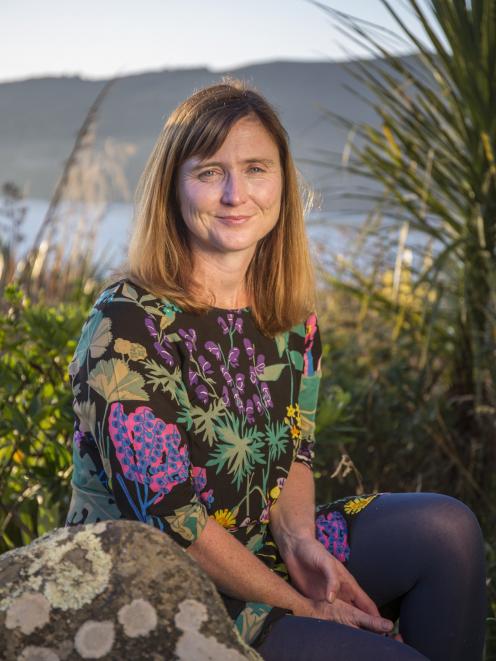 Otago Peninsula-based author Samantha Montgomerie has received the Storylines Janice Marriott Mentoring Award to help publish her first junior fiction novel. PHOTO: SUPPLIED
After publishing an impressive range of books for early learners, a Dunedin author has won an award which will help her take the leap into her first novel.

Samantha Montgomerie, of the Otago Peninsula, has won the 2022 Storylines Janice Marriott Mentoring Award and will be working on her first junior fantasy novel with award-winning author Janice Marriott.

Ms Montgomerie said she had written more than 70 education reader books for early learners, and this would be her first foray into publishing a long form story. She had attempted a novel before but each time it had not worked out.

Education reader books were short, simple and required writing using phonics, which made writing one feel a bit like putting together a puzzle.

Writing a basic draft would sometimes only take a few days, whereas writing a novel would take months.

One aspect of novel writing she struggled with was developing character arcs, which were often very simple or not present within educational reader books.

That was one of the wise insights from Ms Marriott that would come in handy.

It was "really exciting" to have the potential in her work recognised and to work with such an experienced author, she said.

She would send her manuscript to Ms Marriott and meet her online as she worked.

Being a high school English teacher and mother to a boy (13), young people’s vivid imaginations inspired her.

She also found inspiration in the landscapes around her, which is what led to the setting for her novel.

She was walking along Allans Beach one morning as the mist rolled in and imagined a story where a child fell from the sky and landed there.

It would be a challenge tackling a long story, but deep down it was something she always wanted to explore, she said.

As long as she kept up her creative momentum and took it "one little chapter after another" it would hopefully go to plan.