Back on his bike, sixty-nine years on 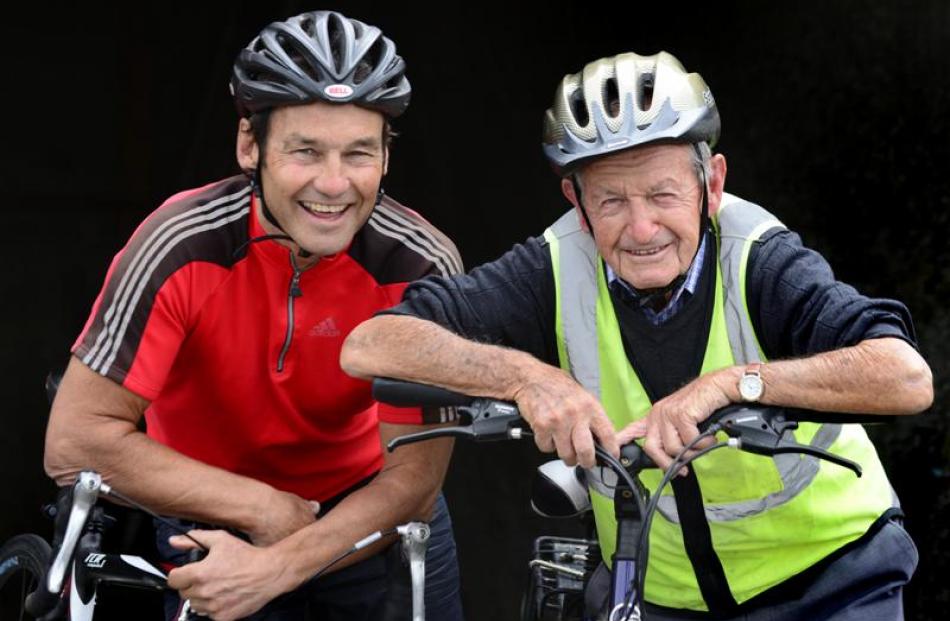 Cycling father and son (from left) Steve and Bill McGavock were in Dunedin yesterday on their cycle journey from Havelock North to Bluff. Photo by Peter McIntosh.

An 86-year-old man cycling from Hawkes Bay to Bluff stopped in Dunedin yesterday as he repeated a journey he made almost 70 years earlier to save paying for a bus ticket.

Havelock North resident Bill McGavock said he departed the Hawkes Bay town on January 20 and hoped to be in Bluff on Monday.

Mr McGavock cycled a return trip from Hastings to Bluff with a mate when he was 17 years old, in 1943, he said.

''I was born in Invercargill and I wanted to come down and couldn't afford a bus ticket so we hopped on the bike.''

The biggest differences between the journeys were where the Wellington ferry dropped him off and that this trip was one-way, Mr McGavock said.

''In 1943 there was no Picton ferry, so we came into Lyttelton in the old Rangatira and we rode back again the same way.''

He stopped cycling after his teenage years but began again in 2007 when friends suggested they tried the Otago Central Rail Trail, he said.

''I hadn't biked from my teenage days until I was 81''After cycling the rail trail he was ''hooked'' on cycling and bought a bike, he said.

Mr McGavock said his son Steve (60) was riding with him during the trip.

Steve McGavock said they had a support vehicle, but only travelled in it when they had stopped cycling for the day: ''If we're going to the pub or something.''

They usually rode about 80km a day, but the 59km day from Oamaru had been the ''toughest,'' Bill McGavock said.

He planned to leave Dunedin for Balclutha this morning, be in Gore on Saturday and Invercargill on Sunday to make the final leg to Bluff on Monday.