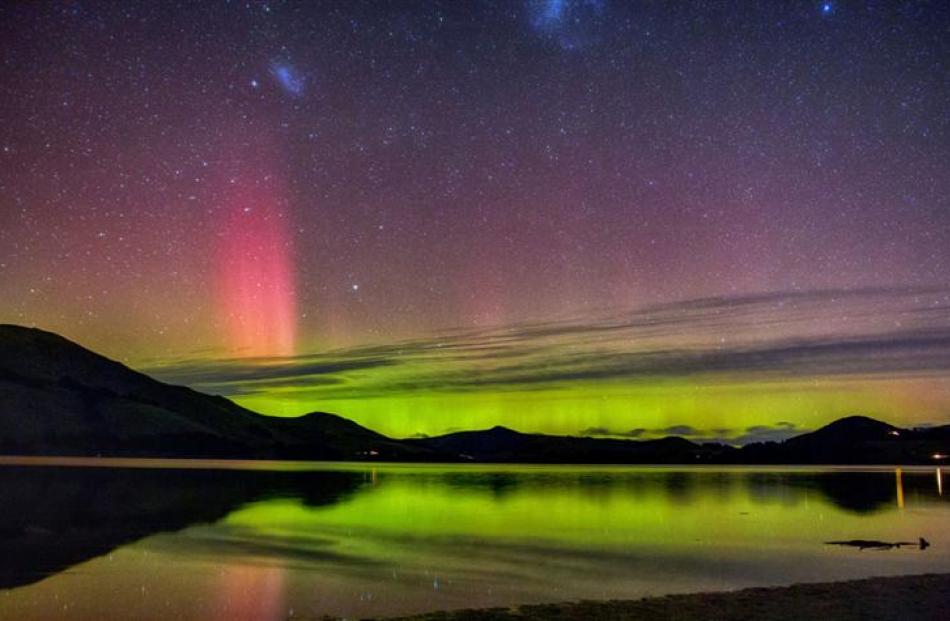 An aurora as seen from Papanui Inlet. Photo by Ian Griffin. 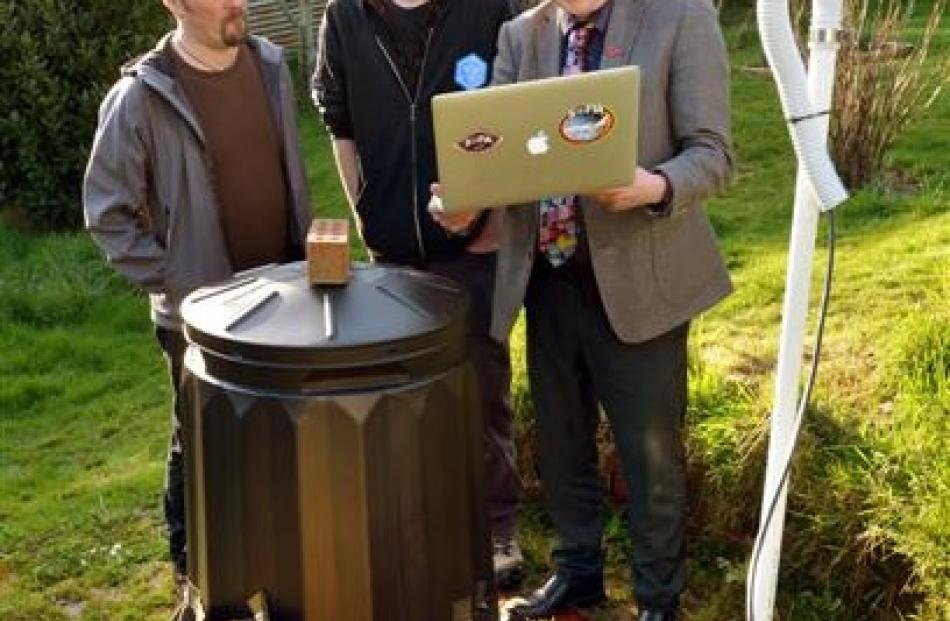 Material from the sun, Earth's magnetic field, three clever fellows and a compost bin in Portobello.

Put them all together and you have a system outperforming Nasa at predicting the aurora in Dunedin's night sky.

Otago Museum director and astronomer Dr Ian Griffin said the southern lights had been a hot topic recently, and he had fielded numerous calls from people wanting to know when and where they could see them.

When two third year Otago Polytechnic IT students, Vaughn Malkin and Chris Campbell, knocked on his door earlier this year wanting a project for their final year's study, the cosmic compost project began.

Dr Griffin set up two magnetometers in the back of his Portobello garden, housed in a compost bin modified with duct tape and weed mat, and a rubbish bin filled with soil and sporting a plastic pipe from its lid.

''It's a work in progress. But this is how science is done, right?'' he said yesterday.

Linked to computer equipment in a small shed attached to his house, the magnetometers had been sending real time data to Mr Malkin and Mr Campbell, who had been processing it and loading it on to their website, www.dunedinaurora.nz.

The two bins are used to protect the sensitive magnetometers from wind and rain. With some trial and error, the team had been regularly pipping Nasa, which uses satellites orbiting Earth, to the post when it came to predicting Otago aurora.

That was because the Nasa satellites, despite their technology, were not as Otago focused as the Portobello compost bins, Dr Griffin said.

The magnetometers, with a combined cost of about $10,000, used ''proton procession'' to measure variations in Earth's magnetic field. When material coming from the sun interacted with those magnetic variations, the atmosphere glowed _ creating the aurora.

The goal was to hone the process to the point where a simple website or Twitter account could tell people in Dunedin if they were likely to see an aurora, Dr Griffin said.

''It's not just about the geeks who like astronomy.

''The long term goal is to help people who come to Dunedin, to give them something they can use to see the aurora.''

Within two months, the team expected to have a camera on the roof of Princes St's Otago House, sending live images of the night sky to the website.

They also hoped to link the magnetometers to a Twitter feed that alerted people, with warnings of 10 to 15 minutes, to when the next aurora was likely to be visible above the city.

Where to spot the aurora from Dunedin

Light pollution is the enemy, and the aurora hovers above the southern sky. So dark, south facing spots are best.