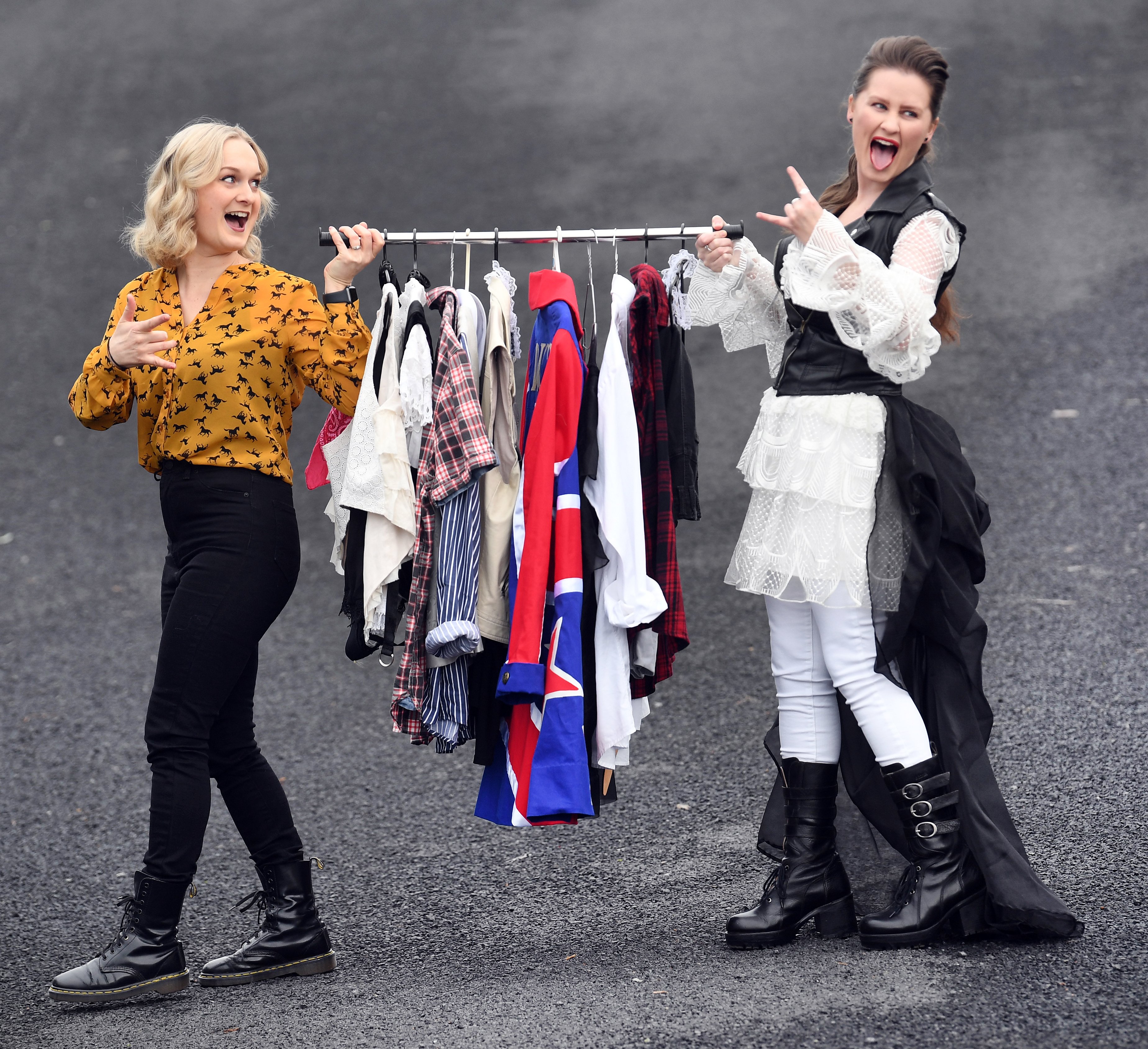 Facebook has deemed an ad for suffrage musical That Bloody Woman, featuring actresses Jennifer Hughson (left) and Anna Langford, too political. Photo: Stephen Jaquiery
An advertisement for a Dunedin musical about New Zealand’s suffrage movement was banned from Facebook for being too political.

The irony has not been lost on the members of Taieri Musical, who are busy preparing for their production of That Bloody Woman.

The musical tells the story of Kate Sheppard and the suffrage movement in New Zealand.

He was shocked when the ads were rejected on the grounds they mentioned politicians or were about "sensitive social issues that could influence public opinion".

Facebook required the poster to become authorised and create a disclaimer about who had paid for the ad.

"The show is about historical events," Mr Thomas said.

"Would you run a disclaimer on an ad for Les Miserables in case people take it as a recommendation to attempt a rebellion?"

It was possible to request a review when an ad was rejected, which the musical society did.

The ad went back up briefly, before being rejected a second time.

"It almost makes you laugh — it just doesn’t quite seem real."

It was frustrating, as the group was trying to promote the show to the community.

While big-name shows like The Sound of Music were already well known and sold themselves, this was the first time the group had put on a New Zealand-penned musical in its 53-year history.

"This really cuts you off at the knees."

Facebook was looking into the issue but were unable to respond to a request for comment by deadline yesterday.

Every one needs to cancel Facebook - the most dangerous platform for publishing the fake news.

No worries ... Donny Trump will sort them all out when he gets into the courtroom. No more FB, Instagram, TikTok, or whatever other social media he's suing !!

Well will now go to the show.

At least they now have free publicity courtesy of this ODT article, thanks to Fakebook. How ironic.

Censorship is what it is, fakebook practices it as does the media.

The Sound of Music is an anti Nazi work concerning the Austrian Catholic Resistance.

I've often thought they remove my FB comments (non offensive in any way) but put it down to the manager of that site. Could be Facebook admin itself?