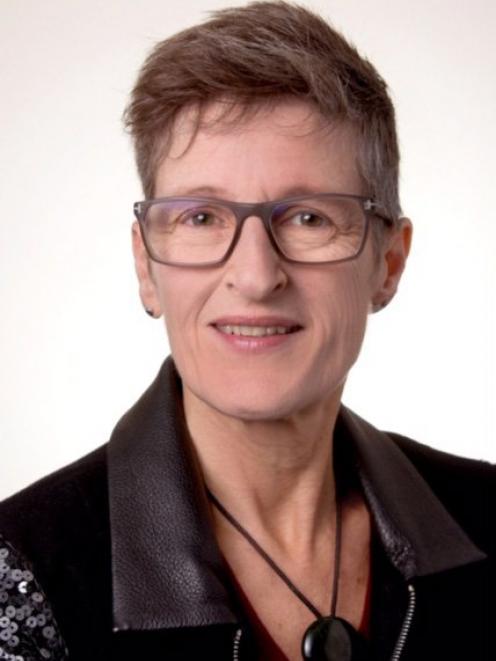 Sue Bidrose
A whopping pay rise of nearly $60,000 has been awarded to Dunedin City Council chief executive Sue Bidrose - despite her best efforts to turn it down.

Otago Regional Council chief executive Sarah Gardner has just been awarded a remuneration package of $315,000, which has yet to take effect.

Elsewhere, incoming Christchurch City Council chief executive Dawn Baxendale will receive $495,000 when she starts - still less than former CCC chief executive Tony Marryatt's final salary of $538,529, which prompted protests in 2012.
Dr Bidrose's increase was awarded in March by the council's chief executive appraisal subcommittee - headed by Mayor Dave Cull - but only made public with the release of a previously confidential report yesterday.

Mr Cull said the rise reflected the need to bring Dr Bidrose's pay into line with market value, which had been independently assessed.

He also wanted to reward her "simply outstanding" performance and address a gender pay gap.

Despite that, Dr Bidrose had tried to turn it down, asking instead for a small increase in line with those received by other council staff, Mr Cull said.

The subcommittee rejected that and Mr Cull said he was "adamant" the increase was warranted.

Dr Bidrose was named DCC chief executive in 2013, replacing Paul Orders, and headed an organisation responsible for billions of dollars of ratepayers' assets and 1200 full and part-time staff.

The report released yesterday showed Dr Bidrose began on $350,000 - 85% of the remuneration package offered to Mr Orders, who was himself paid below market value.

Since then, Dr Bidrose declined a pay rise in her first two years, instead asking for the council to fund half the cost of postgraduate leadership studies at the University of Oxford, while she paid the rest.

After that, Dr Bidrose requested the same austerity imposed on other council staff to be applied to her own increases - taking her total remuneration to $387,000 by late 2018.

That meant she was still paid only 87% of the assessed value of the role, when compared with other local government chief executives.

She was reappointed for a further two-year term in late 2018, and asked for further increases to be linked to those of her staff, but the council's subcommittee disagreed.

Strategic Pay - a New Zealand consultant specialising in remuneration services - assessed the appropriate salary for the role as being between $418,000 and $444,000, while a chief executive showing "added value" should receive between $444,000 and $495,000.

The subcommittee agreed Dr Bidrose "added value" but, given her own requests on pay rates, agreed to award her the lowest end of the range.

The report also warned councillors the increase "will inevitably attract negative media and social media attention", including attempts to "paint councillors in a bad light", which Dr Bidrose "also would prefer not to have".

However, if the council did not adjust her pay, the low rate would create problems when the council had to advertise the role in 2020.

It would either remain too low to attract a good candidate, or any increase needed for a suitable replacement would leave them to face the negative media attention, it said.

Obscene wages in the public sector paid by rate payers and tax payers. Most state/local employees would not make it in the real world, but are paid handsomely because we are forced to pay for them.

"Dr Bidrose declined a pay rise in her first two years, instead asking for the council to fund half the cost of postgraduate leadership studies at the University of Oxford, while she paid the rest."

It's called tax reduction, not declining a pay rise.

If that's the price you get paid to not listen to the local population and have zero accountability..... sign me up as a replacement when she leaves!

This is appalling!
As the number after the dollar sign gets bigger, it becomes more like a score in a game, rather than a means to survival. It is really important that the Remuneration Authority (or Cull's "chief executive appraisal subcommittee" in this case), remember what the number after the dollar sign represents to us rate payers because it is us who contribute to pay these salaries.
The median income of an individual (over 15) in Dunedin is $23k per annum. That number makes you think more about survival than a high score, doesn't it. Half of the contributors to Dr Bidrose's salary earn less than that. Their average annual increase is likely to be less than 2% ($460) too. To clarify why I make the comparison, these are ratepayers. These are the people funding this high score in this game the out of touch, wealthy public servants play.
Cull's comments about performance are nothing but antagonistic. When we, ratepayers, hear from our employer that we achieved a "simply outstanding performance" for the year, which I'm sure many do, we're happy to be able to pay a few more bills and let the kids go on school camp, rather than be concerned with celebrating our high score!

I have felt for a long time that Dave and Sue are just a little bit too cosy. Anyone who can overlook the toxic culture at the DCC and the high staff turnover and still think the CEO is doing a dandy job is either deliberately one-eyed, or shamefully ill-informed.

So she gets approx double what I get in a year just on her pay rise.
Is this why we have to pay for rate rises?, here was I thinking rate rises were because of needed infrastructure, maintenance and paying for cycle lanes etc, this certainly makes a mockery of all those things.

^^^ all above are bang on. the money, More accountability needed, and sacking where the clowns act up. How many power poles could that have bought?