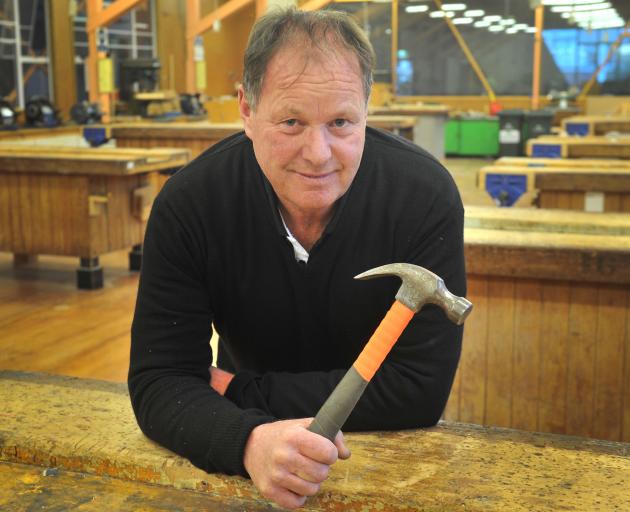 Local Advisory Group convener Pete Hodgson said he wanted training for as many local apprentices and other workers as possible before construction begins in about two years.

He said opportunities for young people were the best Dunedin would experience in a lifetime.

While the move would take a massive effort on the part of training organisations, Otago Polytechnic chief executive Phil Ker said it ''absolutely'' could be done, subject to government funding.

The plan will require many Dunedin people to join a construction industry that is already struggling to find skilled tradespeople.

Mr Hodgson said yesterday the construction process would be ''large and long''.

''We anticipate about 800 or 850 people working on the project for four or five years, most of whom will have a trade qualification of some sort.''

There would also be about 200 ancillary staff.

People could be brought in from elsewhere in New Zealand or overseas, or locals could be trained for the roles.

''We can maximise the advantage to our own workforce, and our own communities, by planning ahead, and that planning has now begun.''

He said the boom in the construction industry would not stop in 2026 when the hospital was completed.

The University of Otago, Otago Polytechnic and the Dunedin City Council would be deliberately scheduling work for the years after the hospital build.

''It isn't going to be a boom and bust so much as one long and drawn out boom.''

Mr Hodgson said the next step would be a meeting of interested parties to establish a structure and a marketing programme, probably in about a month.

He agreed significant teaching resources would be required for his plan to work.

The polytechnic ''absolutely'' had the capacity to train the extra people required.

However it could only do that if it got the extra funding needed.

The institution was ''way above our funded targets'', and was waiting on a Tertiary Education Commission decision on whether its funding allocation would be increased.

Mr Ker said the timing of the need for more training was almost perfect, as the polytech was building its new trades and engineering centre late this year.

Foleys general manager Bruce Muldrew said there was a shortage of tradespeople in Dunedin, much of which was driven by a reduction in training when the economy was not as good.

Foleys is a major employer of tradespeople in Dunedin.

Mr Muldrew said it would be good if the construction environment could be ''flattened out'' by scheduling work in Dunedin after the hospital build, as that would provide more sustainable employment for the trainees.