Board stays silent, others perplexed by stance 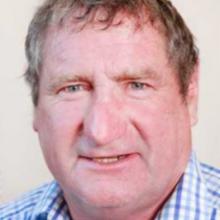 Bevan Dowling
The Strath Taieri Community Board is remaining steadfast in its silence and its support for disgraced member Bevan Dowling, despite growing calls for him to quit.

The 59-year-old was last month convicted of assaulting a woman after returning home from the pub, and sentenced to six months’ supervision. Because of a technicality in local governance laws, he  is not required to step down from the board.

On Thursday, the majority of the board voted down a motion of no confidence in Mr Dowling, who  did not attend the meeting.

It led to Dunedin Mayor Dave Cull calling for him to go and yesterday other community leaders joined the debate.

The board effectively gave its support to Mr Dowling’s ongoing involvement by voting down the no-confidence motion.  Although  Mr Dowling can elect to step aside, he  cannot be pushed.

West Harbour Community Board chairman Steve Walker told the Otago Daily Times he was ‘‘perplexed’’ by the actions of the board and Mr Dowling.

He emphasised he was not speaking on behalf of the board, but he did not ‘‘think silence was an option’’.

‘‘I feel New Zealand has a disgraceful record when it comes to violence against women,’’ he said.

‘‘As an elected representative, I see it as my duty to work in any way possible to reduce or prevent what I see as an insidious crime.

‘‘I would be livid if any of my board members were involved in such acts. And if I was involved I would do the right thing and resign from my board.’’

Mosgiel-Taieri Community Board chairwoman Sarah Nitis said she did not want to comment directly about whether Mr Dowling should resign, but admitted being surprised that a stricter expectation of conduct for elected members was not part of the legislation.

‘‘It’s hard to make comment without being across all the facts but I personally have a zero tolerance of violence, whether it’s public brawls, schoolyard scraps, domestic violence or child abuse.

Saddle Hill Community Board chairman Scott Weatherall is out of the country and was unavailable for comment and deputy chairwoman Leanne Stenhouse did not wish to comment.

Otago Peninsula Community Board chairman Paul Pope said it would be unfair for him to comment on another board, while Waikouaiti Coast Community Board chairman Alasdair Morrison said he did not know enough about the situation to make an informed judgement. The Strath Taieri Community Board continued to operate behind the motion passed at Thursday’s meeting, which deferred all comment to Dunedin City Council general manager strategy and governance Sandy Graham.

Ms Graham said she had spoken to board chairman Barry Williams and Mr Dowling. There was no change in Mr Dowling’s position nor the confidence of the board. The board did not wish to make any additional comment.

An online poll of ODT readers had garnered almost 900 responses by last night;
79%  believed Mr Dowling should step down.

Long-time family violence prevention campaigner Dr Rob Thomson, who  used to lead the Dunedin Collaboration Against Family Violence, said some of the attitudes of the board’s members were dangerous.

‘‘If we want to end family violence in our community, then we all need to take responsibility for speaking out against violent and never condoning violence,’’ he said.

‘‘We must never deny, minimise or justify violence and ‘call out’ those that do. Statements from other board members, such as ‘people go off the rails now and again but he doesn’t do it all the time’, minimise the violence and the effects the violence has.

‘‘These are really dangerous as they are saying that violence is OK if someone is good at their job.

‘‘We will continue to have the worst rates of family violence until we stop condoning violence and demand that perpetrators take responsibility for their violence.

‘‘I hope Mr Dowling is able to use the opportunity to attend a stopping violence programme to take responsibility for his violence, and learn ways to be violence-free.

‘‘People can and do change but it takes a lot of courage and support.’’