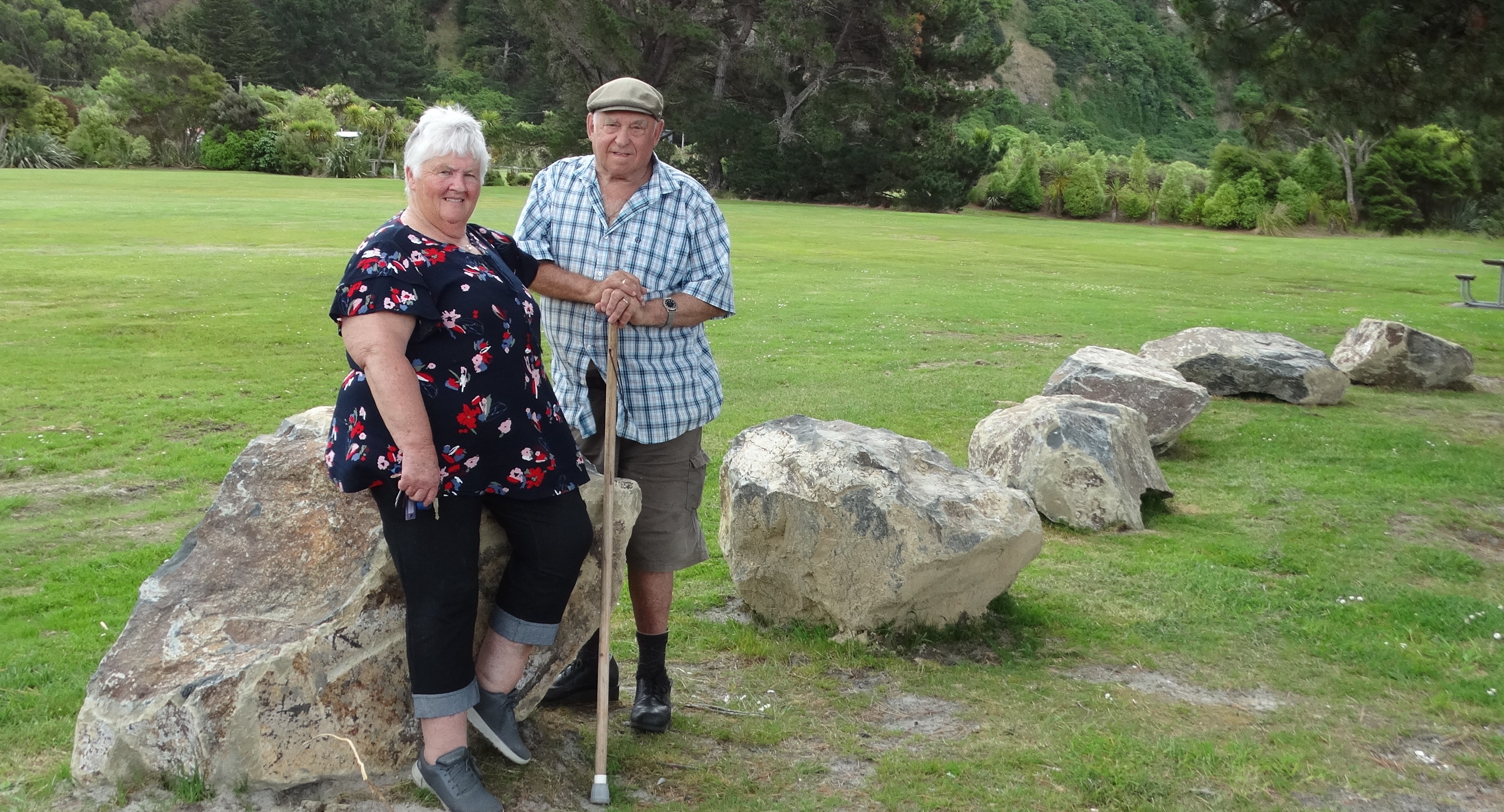 Long Beach Amenities Society president Gail Young and secretary Kim Romeril are concerned that the Dunedin City Council did not consult or notify residents before installing the large rocks about a month ago.

‘‘The amenities society is very active in the local community, so we would have hoped the council would have discussed it with us first,’’ Mrs Young said.

‘‘Council consulted widely on the bylaws at the time, and it’s fair to say there are quite diverse views among the community,’’ Mr West said.

Planned moves to protect Dunedin beaches this summer were advertised in The Star last month, he said.

The council, which took over maintenance of the reserve from the society several years ago, has divided it into four areas, and is installing signage stating ‘‘no vehicles on the grass’’, rows of boulders and bollards.

Amenities society founder and vice-president Edna Wheeler said the placement of the large rocks was likely to cause problems during summer, limiting access for people with disabilities and families with small children.

‘‘It will probably result in cars parking in front of our homes instead this summer, which people won’t be happy about,’’ Ms Wheeler said.

Ms Romeril said the main grassed area was popular with families in summer. People parked around the edges, set up shade tents, and picnicked while children played in the middle.

‘‘There is quite a village atmosphere, so it’s a real shame to lose that,’’ she said.

West Harbour Community Board deputy chairman Trevor Johnson raised the issue at last week’s board meeting, labelling it an ‘‘abomination’’.

‘‘The local community is feeling left out and let down badly,’’ he said.

Mr Johnson put forward a motion in which the board called for ‘‘access to the domain to remain open, at least this summer season, until full consultation with the community and the board is carried out’’.

The motion was passed unanimously by the board.

Mr West said installing boulders to block vehicle access to beaches and reserves was being carried out by the council and the Department of Conservation at various sites around the city this summer.

‘‘We have been looking at the range of things we should be doing to try and improve the situation this summer.’’

As a result, the council and Doc have doubled the number of community rangers to four, who will patrol beaches and reserves daily from December until the end of April.

‘‘Their role is to approach people and talk to them, because the best way to solve the problem of vehicles on beaches, or freedom campers parking in the wrong place, is by education,’’ Mr West said.

There is also ongoing work to improve signage and monitor the behaviour of vehicles around beaches.

You wont get any sense out of this 'council' (haven't even heard anything from the ones we elected), not when they want to ban cars and get people on bicycles.

As a Long Beach resident with young kids I'm stoked with this DCC initiative which will allow everyone to use the reserve safely and protect the area from damage (i.e. vehicles doing doughnuts when it's wet). I am feeling super disappointed that the Long Beach Amenities Society is taking an anti-environmental stance on this one.