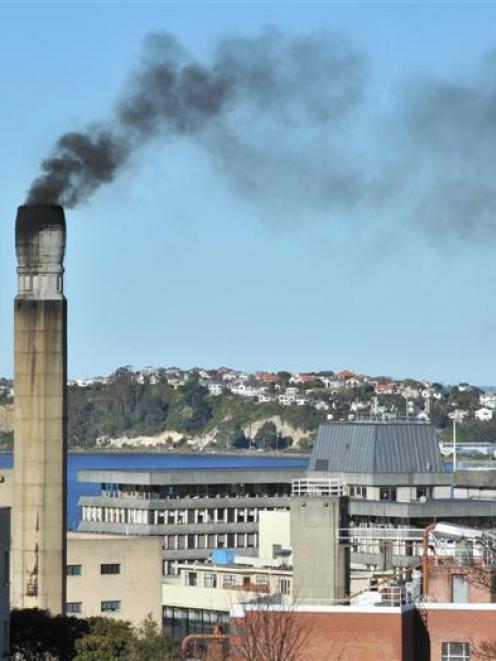 The Energy Efficiency and Conservation Authority has been pushing clean-burning wood energy in Dunedin since 2008, and had so far worked with nine of the city's sizeable organisations - including the University of Otago - making the switch.

EECA staff confirmed they had approached the brewery's owner, Lion, about joining the move to clean-burning wood-fired boilers.

Lion communications manager Judy Walter said the idea was being considered, but a decision was not expected until later this year.

The company this month unveiled details of its $29 million brewery redevelopment, including plans for a modern new boiler to be installed by August next year.

The new boiler would put an end to emissions problems identified by the Otago Regional Council, which had increased since Lion shifted more production to the brewery after the Canterbury earthquakes.

The boiler's fuel source was yet to be determined, and Ms Walter said EECA's proposal to use wood - as well as cleaner-burning coal, gas and other options - would be investigated.

EECA renewable supply programme manager Shaun Bowler, of Auckland, said Speight's, if it proceeded, would join a growing list of companies making the change within Dunedin, across Otago and nationally.

Some organisations, including the Otago Polytechnic, had begun replacing coal-burning boilers after learning they would not be able to renew consents because of tougher air-quality emission standards.

However, EECA had also spent more than $1 million across Otago helping institutions and industry convert to the alternative, carbon-neutral fuel source, and another $100,000 on feasibility studies.

In Dunedin, the University of Otago had so far converted nine of its boilers, but also still ran a mixture of others.

They had been joined by Knox College, Wakari Hospital, Ashburn Clinic, six schools across the city and one of four boilers at the Dunedin Energy Centre, which supplied power to customers including Cadbury's.

The results put Dunedin "right at the front end" of the national scheme, and a case study was being prepared that would showcase Dunedin's results to other parts of New Zealand, he said.

Despite that, the scheme had "barely scraped the surface" of what was possible in Dunedin, with a "substantial number" of coal and gas boilers still operating in the city, as well as across Otago, he believed.

The Government wanted an additional 9.5 petajoules of energy to come from clean-burning wood energy by 2025, which was an increase of roughly 10 times the energy consumed by Nelson each year, he said.

The cost of a new wood-fired boiler ranged from less than $100,000 to more than $1 million, depending on the boiler's output, making it twice the cost of a gas-powered model.

However, once operating, fuel costs for wood-fired boilers were "half to one-third" those of gas, making them a cheaper option in the long term, he said.

WENZ was established in 2010 by Energy for Industry, which ran the Dunedin Energy Centre in Castle St, to provide security of supply and encourage industry to move to clean energy, business services and marketing general manager Mary Drummond said.

"What we're doing is basically walking the talk," she said.

The centre had already switched one boiler to wood energy, and hoped to convert the three remaining coal-fired boilers in time, she said.