By Wyatt Ryder
0 Comments
A group of Dunedin high school pupils believe they can save farmers thousands of litres of water with an idea that stems all the way back to a burst pipe 11 years ago.

Otago Boys’ High School pupils Dan Hayman, Connor Feist, Benjamen Tucker and Abdul Obaidullah have created a new device that times how long water has been flowing from a tank and stops the pump after it runs for too long.

The group designed the device, called the Hydretta, earlier this year as part of the Lion Foundation Young Enterprise Scheme, a competition for young entrepreneurs.

Dan said the idea went back 11 years to when his family holiday home had a burst pipe and water flooded the house for two days.

The accident cost his parents tens of thousands of dollars to repair.

At the time they looked for preventive measures for the future, but could not find anything.

Now he and his friends had come up with the solution, and he believed it could save farmers and holiday home-owners a lot of water and strife.

People could set the device to a timer, which would activate when it detected the flow of water and then shut off the pump when the time limit was reached. 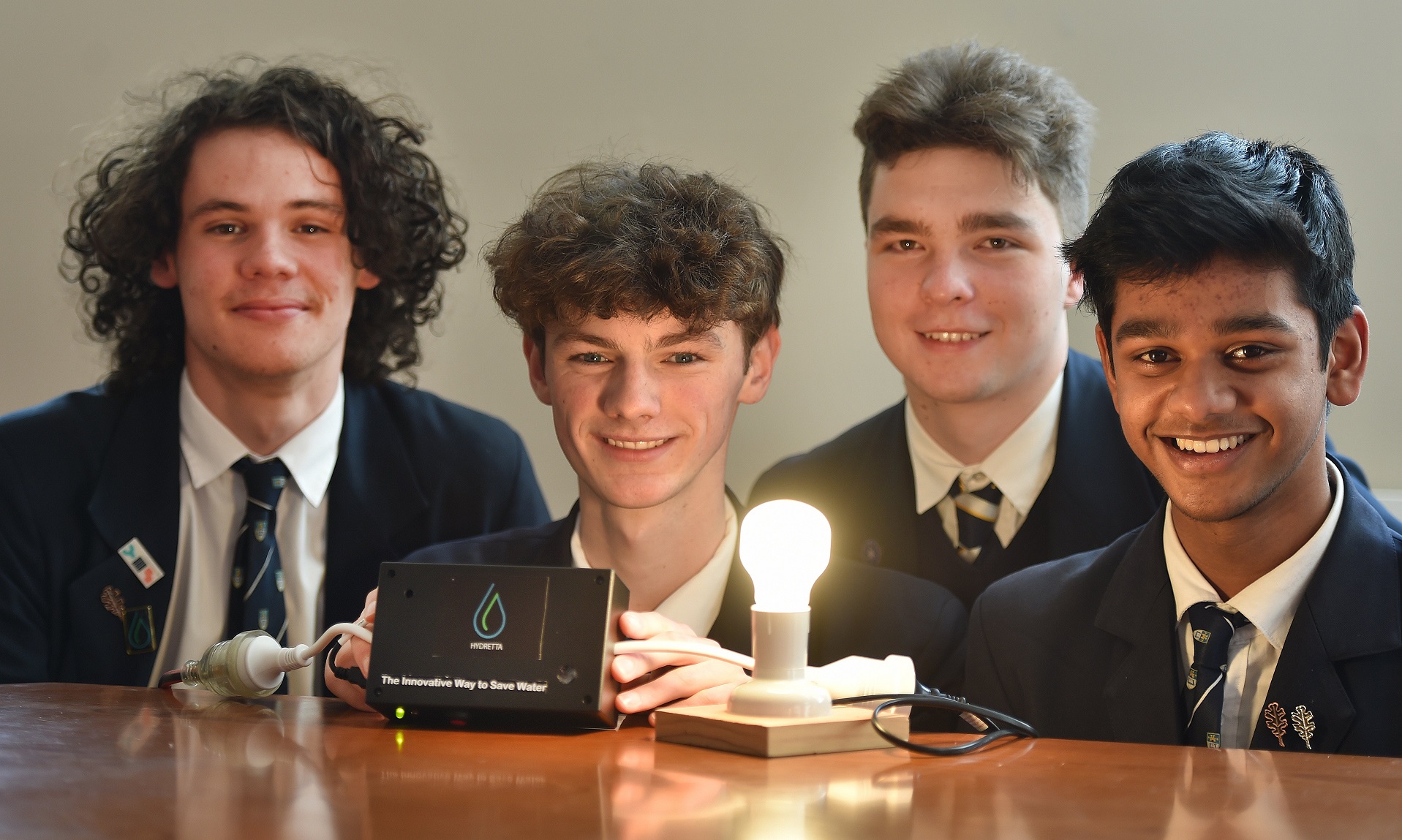 Showing off a prototype of their new device which can automatically shut off water pumps to prevent accidents are Otago Boys’ High School pupils (from left) Connor Feist (18), Dan Hayman (17), Benjamen Tucker (18) and Abdul Obaidullah (18) yesterday. PHOTO: GREGOR RICHARDSON
The prototype they created demonstrated its function by turning off a lightbulb after 10 seconds of continous use.

The fully developed device would include a valve and would work on leaks on the farm, or even if someone left a sink running in their house.

Every bucket of water mattered to those in areas of harsh seasonal conditions such as Central Otago, and farmers he had spoken to expressed interest in the product, Dan said.

The pupils worked with the University of Otago computer science department to develop the device.

They had already secured a local electronics manufacturer to build it and were working with two plumbing businesses to sell it.

The next step was raising funds to have the technical specifications officially written up so it could be manufactured.

While they were still figuring out pricing for the device, inquiries were open already for those interested, Dan said.

Profits from the device would be put towards their education and they planned to give a portion to charity.