Buildings may be abandoned 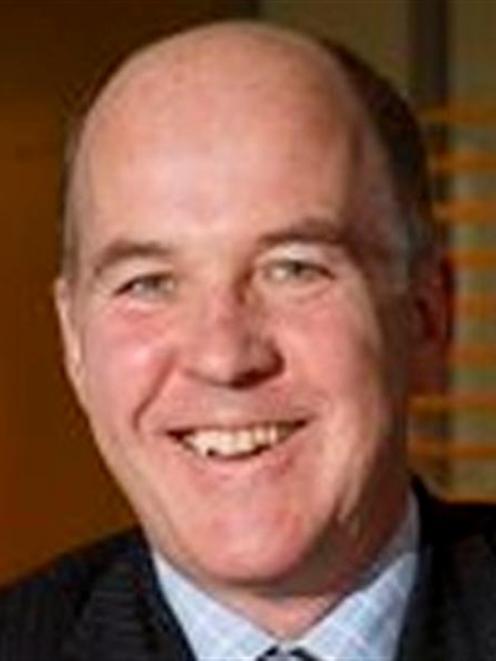 Alan McMahon.
Spiralling earthquake-proofing costs could leave some Dunedin commercial property owners owing more on investments than the properties are worth.

This raises the possibility buildings could be abandoned, that being the way to lose the least amount of money, a commercial property consultant says.

An estimated 15,000 to 25,000 buildings around the country are likely to require earthquake-strengthening.

Dunedin has the third-largest concentration of pre-1976 buildings, about 3900, behind Auckland's 19,050 and Christchurch's 5000, according to Quotable Value and local body data collated in a consultation paper by the Ministry of Business, Innovation and Employment. Dunedin last year had about 160,000sq m of office space, of which ''at least 10%'' will be deemed earthquake-prone, Colliers International national director of research and consulting Alan McMahon said when contacted.

Formally, just 3.5%, or 138 building owners of the estimated 3900 Dunedin properties have provided earthquake assessments to the Dunedin City Council.

However, many more will have complied or will comply when providing an earthquake assessment when applying for ''change of use'' or redevelopment, separate statistics which are not being tracked by the council at present.

The current rules allow Dunedin building owners 15 to 30 years to upgrade, but Government proposals narrow that to 15 years.

If earthquake-proofing costs plus loans on a property are more than a building's value, investors could find themselves with ''negative equity''.

When asked, Mr McMahon agreed that if, for example, $400,000 of earthquake work was required on a million-dollar property with substantial debt, that might be enough to push the owner into negative equity.

''Yes. Potentially, they could just walk. It could be the way to lose the least money, by doing nothing,'' Mr McMahon said.

Privately commissioned earthquake-assessment work for Colliers had found 36% of Auckland's CBD commercial properties were pre-1976 and 27% in Wellington.

Mr McMahon estimated more than 100,000sq m of office space, or 10% of the respective totals, was ''unlikely to be able to be earthquake-strengthened''.

''Individuals [building owners] may not be able to afford the strengthening, or the banks not want to lend. Also there would be uncertain [rental] returns to consider,'' he said.

Given Dunedin's long history, he expected ''more than 10%, maybe as much as 15%'' of commercial buildings could become deemed as earthquake-prone.

Mr McMahon said while the proposals gave a 15-year window to earthquake-proof, and could be considered a relative ''bonus'', building owners with corporate tenants or large business services might decide to leave as soon as possible.

''As required under health and safety [regulations], corporates might decide to terminate leases for the sake of having to offer staff a safe working environment,'' he said.

If the building owner continued to operate without earthquake-proofing, they could lease space ''but at very low rent''

''Smaller companies could take that perceived risk, while corporates would not be waiting 15 years,'' Mr McMahon said.

Some Dunedin buildings have already been quoted earthquake work in the hundreds of thousands of dollars.

One building owner, who did not want to be identified, said while the council had written to many building owners, many had not yet responded, as the deadline is July next year.

Another source said far more assessments had been carried out than reported to the council and it was ''likely they don't want the assessment put on public record just yet''.

Mr McMahon said building owners would be looking closely at how they could change use and redevelop a building, including for residential use.

A Dunedin engineer's 2011 report on a CBD building in Dunedin noted the last earthquake to cause damage around Dunedin was in April 1974, when a 5.0 tremor on the Richter scale hit 10km south of the Octagon, at a depth of 20km.

''The areas of greatest damage consisted of unreinforced brick chimneys, and brick veneers not secured to framed walls,'' the report said.

Consultation closed last month and a decision is expected in mid-2014.

Ministry figures on potentially affected buildings could be an underestimate. Of 66 local authorities contacted, only 23 were able to provide data on the number of earthquake-prone buildings in their areas.