Auckland couple Louise and Andy Roke (below) hope to breathe new life into Camp Sutton after buying the facility this week. PHOTOS: SUPPLIED & GREGOR RICHARDSON
Following months of concern about the future of Camp Sutton, the Otago Youth Adventure Trust has announced the facility has been sold to an Auckland couple.

The camp, near Middlemarch, was sold this week to Louise and Andy Roke, who were expected to take over later next month if Covid alert level conditions allow.

Speaking from Auckland yesterday, Mrs Roke said they intended to continue operating Sutton Camp as a camp with accommodation and facilities for both visitors and locals. 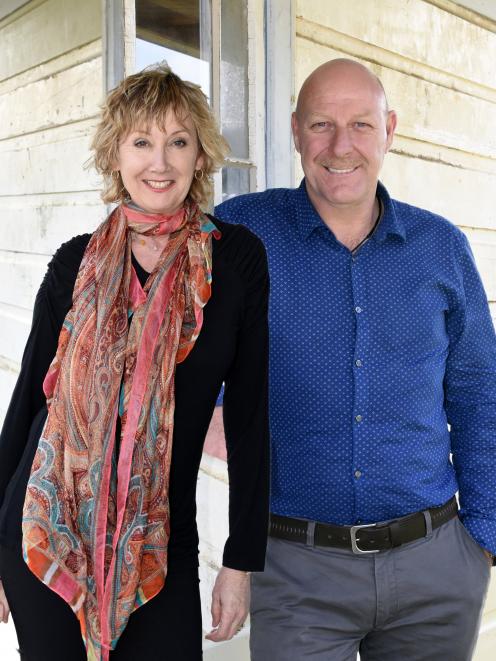 "I’ve got a bit of a yoga background and I just really like the idea of having something where people can come together and do community things, and I think everybody’s just realising that connecting with each other is very important in this world at the moment.

"I’m looking forward to getting back to nature and living in a smaller community.

"So I like the idea of buying something near a bike trail and just the natural aspects of it."

As well as continuing to run the facility as a school camp and community activity centre, she said they had received resource consent to create 15 non-powered sites for self-contained camper vans and motorhomes.

It would cater for demand from people wanting to do the Otago Central Rail Trail, the salt lake, and the Rock and Pillar range, she said.

"And we’re totally open to ideas about other uses."

The 2.7ha site was put on the market by the trust last January, because usage by schools and community organisations had been low over the past decade.

The facility can accommodate about 25 people, and contains a relatively new confidence course and team-building course.

Trust president Stephen Woodhead said the sale was "a fantastic outcome" from the trust’s perspective and great news for the Strath Taieri.

Otago regional councillor and Middlemarch resident Kate Wilson was also delighted it had been bought and would continue to be run as a camp.

"That’s brilliant. I’m absolutely delighted. Everyone will be sighing with relief.

"I look forward to being in contact with them, and asking them if there is anything we can do as a community to assist them."