By Hamish MacLean
0 Comments
Pollen knocked off the knees of western honey bees could shape New Zealand’s next line of defence against unwanted pest plants.

A Dunedin study of the pollen bees were bringing back to hives in 21 city properties last year showed that it could be done, the study’s principal investigator said.

Scion entomology research leader Andrew Cridge, now based in Rotorua, was working as a research fellow at the University of Otago when the study began investigating the "slightly crazy idea" that if there was a new or invasive plant species in an area, honey bees could find it.

One of the big expenses in management of biosecurity incursions was the time it took for inspectors to go out and look for unwanted species, Dr Cridge said. 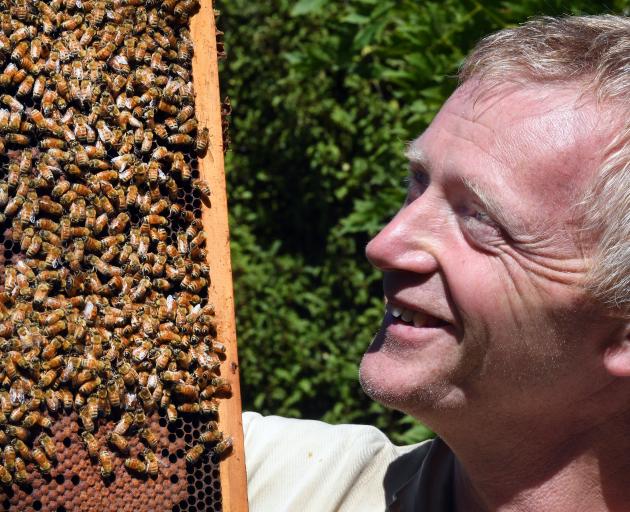 Otto Hyink with one of 21 hives in a study to test identifying plants in the city from pollen carried by bees back to their hive.PHOTO: STEPHEN JAQUIERY
But using bees could cut that right back.

The Dunedin study of hives stretched from St Clair to Port Chalmers.

It looked at what urban bees were foraging on in the city, but also the method used to identify exotic plant species in the pollen brought back to the hive.

Because even the best scientists could have difficulty seeing the type of pollen under a microscope, a new "forensics of pollen" was required, he said.

"We used a technique where we break open the pollen, take out the DNA, and amplify just a small region of it, and then sequence it, and look at those sequences," Dr Cridge said.

Comparing those DNA sequences with a database of known sequences would allow the researchers to identify the plant pollens present in a sample.

"We can certainly collect the pollen, we can extract the DNA, we can sequence the DNA, and identify plants." 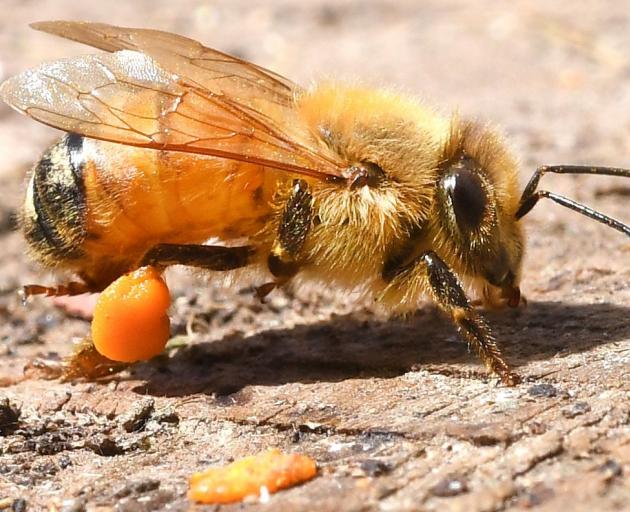 The study confirmed gorse and broom were important pollen sources, but so were many native plants for the non-native bees, he said.

The study also found a couple of rare plants, such as Californian goldfields and a flowering plant from Turkey, likely showpieces in someone’s garden, Dr Cridge said.

A follow-up study was under way in Christchurch and Lyttelton, he said.

Dunedin beekeeper Otto Hyink completed the groundwork on the Dunedin study collecting the pollen in traps.

Dr Hyink said he was pleased to see native broadleaves and a native fuchsia in the pollen mix.