Horse riders at Aramoana beach. Photo: Peter McIntosh
There were impassioned pleas and some pointed criticism as the Dunedin City Council began hearing submissions on new rules for beaches and reserves yesterday.

The pleas came from horse-lovers who feared their right to gallop along the sand was under threat, and from wildlife advocates who wanted an end to vehicles "hooning'' along the city's beaches. 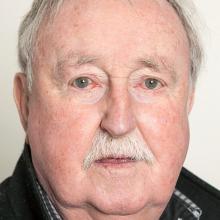 All were heard by the council's hearings committee as it began hearing public views on the proposed reserves and beaches bylaw.

The bylaw, which attracted 433 submissions, would extend the reserves bylaw to cover beaches and introduce new restrictions.

That included banning drones from sensitive wildlife locations, and requiring permits elsewhere, while vehicles were banned from some beaches and restricted to 20kmh at others.

The proposal to restrict horses "to above the high water springs mark on beach reserves'' prompted the biggest outcry.

Council staff later clarified the aim was only to protect sand dunes by forcing riders to use beach access tracks.

They also suggested more beaches could be added to the four where riding was officially permitted, even if the list had not previously been enforced.

Melissa Barnes, of Warrington, said the bylaw had caused "a whole lot of angst for no reason''.

She had lived in Warrington for 20 years and regularly rode along the beach, which "keeps my soul clean'' after a day at work.

There was no evidence horses were damaging the environment, unlike four-wheel-drive vehicles, she said.

Despite that, Warrington was not among the four beaches - Tomahawk, Smaills, Waikouaiti and Island Park - where riding was permitted.

Nor was it among those being considering for inclusion - Aramoana, Ocean View and Westwood beaches.

Former city councillor Maurice Prendergast was another to object, saying the council should "stop trying to be the fun police''.

His granddaughters rode regularly on Westwood beach, which gave them "a daily encounter with nature that the council would seemingly want to stop''.

Panel member Cr David Benson-Pope conceded there had been "an issue'' communicating the bylaw's intent, while council parks and recreation planner Ashley Reid said further changes were being considered.

Wildlife advocates also stressed the need to keep vehicles off beaches to protect, including Adrian Hall, of the Aramoana Conservation Trust.

Craig Wilson, of the Department of Conservation, said the new rules needed to encompass all coastal areas, not just beaches, as wildlife did not "conform'' to jurisdictional boundaries.

Doc supported the new rules for horses, but not the addition of Aramoana to the list of beaches horse riders could use, because of the area's ecological values, he said.

Murray Brass, of the Yellow-eyed Penguin Trust, also wanted to see wildlife protected, but suggested a list of beaches where drones were permitted could be created, to allow "more targeted control'' in other areas.

The same approach could work for vehicles, or temporary restrictions could be used when needed to protect wildlife, he said.

said drones were already used by some surf life saving clubs to monitor water safety, and could soon be used to drop floatation devices to people in difficulty.

Kevin McManus said a drone ban could also stop hang gliders and paragliders from flying in Dunedin, as they often landed in the same areas the ban would cover.

Rather than adding another layer of regulation, the focus should be on educating "rogue operators'' and the general public.