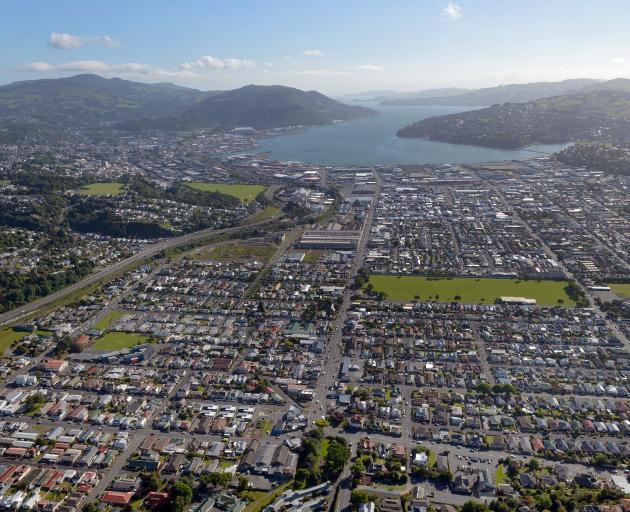 Photo: Stephen Jaquiery/ODT
Requests from Dunedin residents about city council spending for the next decade range from a marina to calls for financial restraint.

Otago Regional Council harbourmaster Steve Rushbrook, who stressed he was making an individual submission, asked for a marina at the Steamer Basin.

"Use of our harbour in Dunedin is ever-increasing and the facilities for recreational boating and berths are somewhat behind the times," Mr Rushbrook said.

"Once this type of facility is built, it will attract other business around the waterfront area."

Mr Rushbrook’s submission is one of more than 2300 that Dunedin city councillors will consider before they sign off on the 2021-31 10-year plan.

A week-long hearing, providing a chance for people to present arguments in person, starts today.

A waterfront development, including an architectural pedestrian and cycling bridge from the central city, was put on hold when Covid-19 emerged.

Dunedin Area Residents’ Association committee member Steve Lucas, submitting as an individual, said he opposed a waterfront development because it could not be afforded.

He also opposed a planned increase in parking charges and said a rates increase should be capped at 5%.

The council has proposed a rates rise of 9.8%, which could be followed by increases averaging 5.7% in the next nine years.

Amber Fraser-Smith said she was shocked by the proposed rates rise.

Sarah Munro said the council should save money, rather than look to develop a new theatre.

She also said people who did their own composting should not have to pay for a food waste collection service.

Michael Morris said that noise control issues in the city centre were negatively affecting businesses that were championing arts events.

The Octagon becoming an arts precinct was a nice idea, but the area’s alcohol focus made it a "festering student vomit pit".

Other submitters called for more parking and a series of people backed the case for a tunnels project to make it easier for cyclists to travel into the city from southern Dunedin suburbs.

Trevor Johnson said the council was out of control with its spending.