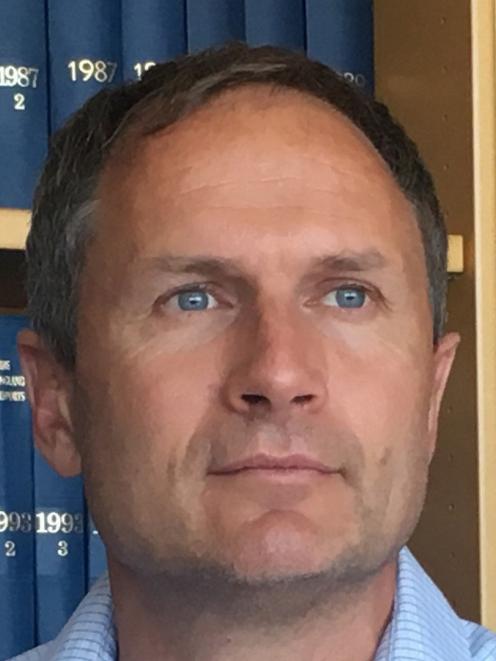 Andrew Geddis
If alleged Christchurch mosque attacker Brenton Tarrant is not charged under the Terrorism Suppression Act, it is a "fatally flawed'' piece of legislation which serves no purpose, a University of Otago law professor says.

Tarrant thus far faces a sole charge of murder in relation to events in Christchurch on Friday, where 50 people were killed.

He was remanded without plea after appearing in Christchurch District Court on Saturday, and is scheduled to next appear on April 5.

Prime Minister Jacinda Ardern said yesterday more charges would follow, and after she labelled the killings "terrorism'' the question arises whether Tarrant could be charged under the seldom-used Terrorism Suppression Act.

While a conviction for murder under the Crimes Act and a terrorism conviction under the TSA could each attract a life sentence, Otago law professor Andrew Geddis said given New Zealand had a statute which specified terrorism as a serious criminal matter, it should apply.

"If we don't use it in this particular instance, you wonder what the point of the legislation is,'' Prof Geddis said.

"He will be charged with Crimes Act offences though - it's not like an either or, you can charge someone with the individual murders as well as the terrorist action of killing.''

Section five of the TSA sets out a three-step test for an event to be a "terrorist act'' - it must be intended to cause death or destruction in one or more countries, for the purpose of advancing an ideological, political, or religious cause, and intend to induce terror in a civilian population or compel a government to act.

The legal system should reflect what politicians had been saying, and if we were calling the Christchurch killing terrorism, the person should be charged accordingly, Prof Geddis said.

"The accused has probably made the question [of whether the crime met the definition of terrorism] by the way he has gone about it, by putting his rationale up front and the horrifying action of live-streaming his actions ... makes it, for me, much easier to apply the legislation to his actions than perhaps some other circumstances.''