Otago Polytechnic Students’ Association president Ezra Tamati says polytechnic students will face a simple ‘‘yes or no’’ vote on whether the tino rangatiratanga flag should fly at the Dunedin campus. PHOTO: GREGOR RICHARDSON
Otago Polytechnic students will be asked if they want the Maori flag, the tino rangatiratanga, to fly at the Dunedin campus.

Otago Polytechnic Students’ Association president Ezra Tamati said students would be polled, probably next month, with a simple ‘‘yes or no’’ choice.

The polling could be online, on social media, or with ballot boxes at the school’s Forth St campus, he said.

Mr Tamati said he had not ruled out voting himself, but he declined to give his personal views on the issue yesterday.

‘‘It’s really just down to the students of Otago Polytechnic,’’ he said.

Mr Tamati, who is of Te Ati Awa and Ngai Tahu descent, took the issue up earlier this year.

The polytechnic board’s subcommittee, Komiti Kawanataka, considered the request and asked him to first poll Maori students to find out their preference for a flag, he said.

Maori students chose the tino rangatiratanga flag as a symbol of personal growth through education, he said.

A polytechnic spokesman said the matter was still under discussion and, given the poll results were not expected until some time next month, the polytechnic was unable to comment further at this stage. 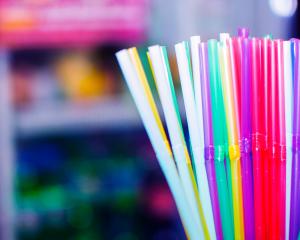 At least their holding a vote.

The future view would necessitate the flying of all national flags representing students from all countries as a symbol of personal growth through education. It's not just a flag, it represents the culture, the foundation and the national identity and pride of an individual on a pathway for their future. Equal representation, for all students, would be entirely appropriate. If I were still a student, I'd start with the tino rangatiratanga flag, regardless of ancestry. Imagine the sight of all those flags flying.