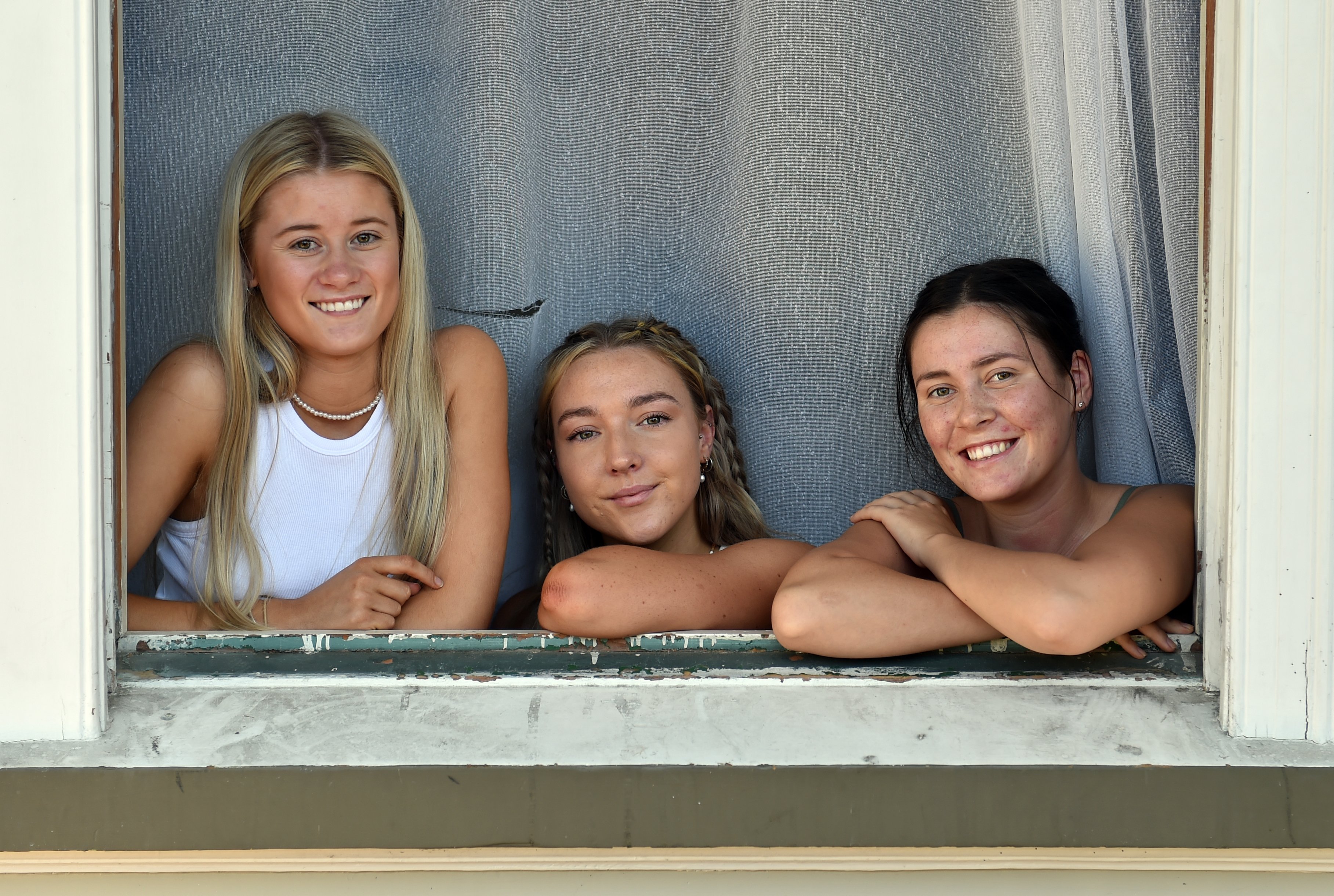 Isolating in North Dunedin are students (from left) Maya Davis (19), of Christchurch, Ayla Lunn (19), of Taranaki, and Siena McLean (19), of Taumarunui (19). All are Covid-19 positive, but yesterday was their last day of isolation. PHOTO: GREGOR RICHARDSON
The kids are all right, apparently.

Despite fears in some quarters of flaming couches and super-spreader parties, Orientation Week was for the most part under control.

Senior Sergeant Anthony Bond said the majority of students had complied with Red setting restrictions and were aware of the risks of partying in a time of Omicron.

"A small few hadn’t quite realised there’s a global pandemic going on, but they were the minority," Snr Sgt Bond said.

Examples of minority behaviour on Thursday night included a young Covid-19-positive man in Castle St smashing glass and abusing police officers. He was in possession of MDMA. A large crowd of people was also dispersed at the Northern Cemetery.

Police staffing had been in place and a bit of rain helped keep people subdued, Snr Sgt Bond said. When people in the student quarter needed to be confronted, they were mostly compliant.

"It was an easy sell to get students to behave and be careful.

"A lot seemed to know someone who had Covid-19," Snr Sgt Bond said.

There would still be a police presence, but in reduced numbers now that O Week was over. St Patrick’s Day was coming, and a new variant might emerge, which might change things, he said.

"The question is: How long are we in this for? That will determine student behaviour," Snr Sgt Bond said.

Among the minority of students who needed some convincing was Reece, who provided his first name only. At first, Reece took a libertarian view of things.

He did not think most students would abide by the strictures Omicron had introduced.

On Wednesday this week, however, he was waiting for a Covid-19 test and had a different message.

"If you have the chance to isolate, isolate," he said.

Yesterday, Reece was in isolation. He said the Omicron situation in Dunedin was more serious than many knew.

As to isolation, it was "pretty cruisey".

He believed partying was beginning to crank up again because so many people already had Covid-19 — so they did not fear catching it.

A University of Otago spokeswoman said the university was pleased with student behaviour on the whole. While some students might have done better, the majority had abided by the rules and self-isolated once they received a positive test result, she said.

"We acknowledge it’s a tough time for young people, who have had many significant activities in their lives curtailed over three years."

Otago University Students’ Association president Melissa Lama said she was happy students in isolation were coming forward to access care packages the OUSA had made available in conjunction with the university.

She commended students for their resilience and compliance with social distancing and testing.

"We have a bit more work to do, but if we do it together, we’ll be back together soon," Ms Lama said.