By Elena McPhee
1 Comment
A new Government plan centralising polytechnic structure could "destroy the village in order to save it'' and needs radical change, the head of Otago Polytechnic says.

Chief executive Phil Ker has come up with an alternative plan enabling polytechnics to retain control of their decision-making and budgets, keeping well-performing institutions such as Otago Polytechnic and Southern Institute of Technology largely as they are now.

And he wants Otago to get behind his proposal.

The Government's plan involves the establishment of a New Zealand Institute of Skills and Technology, with one governing council, which would manage all 16 institutes' capital and operational budgets, staffing, and computer systems for managing their courses.

The clock is ticking on the public consultation period, which closes on March 27.

Mr Ker said there was "merit in a degree of centralisation'' for the struggling sector.

However, the attitude of "we had to destroy the village in order to save it'' was "crazy thinking''. 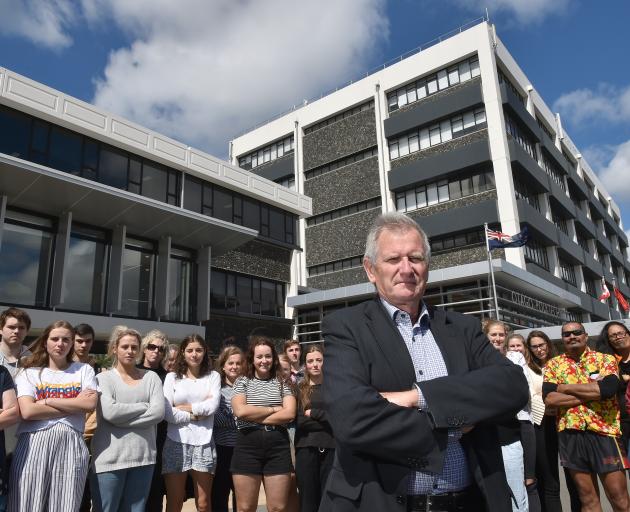 "So many institutions have struggled and some have failed, that I think [the Government] thinks the only way to go forward is to start again.''

The "monolithic'' model proposed would not deliver the goods for New Zealand, he said.

He has come up with an alternative plan dubbed "Polytechnics New Zealand'' he thinks would work better.

"Our aim is to persuade the minister and to persuade his Cabinet colleagues that there is a better model, which keeps the best of what we've got.''

Mr Ker's plan will be presented to staff, students and the Dunedin City Council on Tuesday, and the wider public on Tuesday evening.

Education Minister Chris Hipkins will attend the public meeting in the evening.

Among the things Mr Ker suggests could work under a centralised system are a shared curriculum service, which could be located in an entirely different part of New Zealand - or with an existing sector support entity such as Ako Aotearoa - and shared back-of-house services such as IT, finance, HR and payroll.

However, he wants to see power over what to teach and how to assess, international student recruitment policies and detailed budgets remain with individual polytechnics.

He has the support of Otago mayors where Otago polytech has campuses.

Dunedin Mayor Dave Cull said he and the Dunedin City Council were "right behind the polytechnic and its efforts to maintain its autonomy and [its] incredibly high level of innovation''.

The city benefited not only from the polytechnic's involvement in events such as iD Dunedin Fashion Week, and the programmes it ran for high-school leavers, but its partnerships with other institutions overseas.

Central Otago Mayor Tim Cadogan was concerned by both the potential loss of autonomy of SIT and Otago Polytechnic, and the prospect their finances would be taken over by the national institute.

The Cromwell campus enabled young people to stay in the Central Otago region while they studied for industries there, and the Rough Rock Brewing Company set up by the polytechnic was an example of the kind of innovation Otago Polytechnic brought.

In 2017 Otago Polytechnic returned a 3.4% net surplus ratio - making it the second-best performer in the country financially after the Southern Institute of Technology. It also recorded a role increase of 8.2% at the beginning of last year.

Late last year the institution announced it would power ahead with a planned $50million redevelopment involving three separate projects, after being granted a $2.4million funding increase by the Tertiary Education Commission (TEC).

"It's a culture where people know they can take risks here. They're encouraged to try new stuff and that can be replicated,'' he said.

Otago Polytechnic's "Capable New Zealand'' pathways - enabling people already in work to be assessed for and gain qualifications available at Otago Polytechnic - was something no-one else was doing, he said.

"It would be easy to say, well of course the [programmes will continue].

"[However] someone else sets our budget for us. There's not even any assurance that the money we earn we keep, and we'd therefore be able to invest in these innovations.''

Mr Ker was concerned community projects and partnerships - such as the polytechnic's involvement with the Dunedin Wildlife Hospital - might be in jeopardy.

When asked to comment on Mr Ker's ideas, Mr Hipkins said it was a "genuinely open consultation''.

"I don't want to comment on every individual idea or suggestion that gets put forward, but I can give an absolute assurance we're listening carefully and we're open to refining and improving our proposals based on that feedback. ''

I do hope Phil Ker's proposals are initiated by the Government. As I do not understand why those high performing Polytechnics, may not necessarily receive any funding even if they are performing well.
What I do see, are the likelihood that the marjoity of funding will be directed to the Auckland, Wellington and Christchurch Polytechnics. As most of the time, other regions in New Zealand are generally not recognised, when funding is needed or wanted for anything.