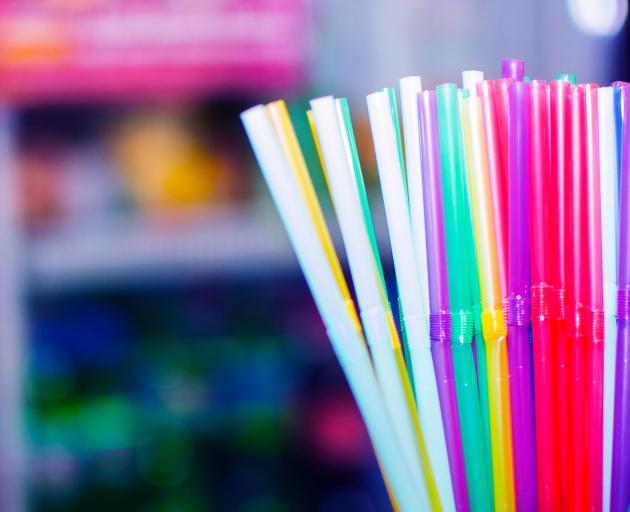 A faster or more widespread ban on plastics would have pushback from the public, scientists say. PHOTO: GETTY IMAGES
The Government would face pushback if it went harder or faster on its latest plastic ban, due to phase out problem plastics over the next four years, a University of Otago marine ecologist says.

But Dr Bridie Allan said she could see the damage plastic did to the environment through her work, and unlike some, she could also afford the financial cost of changing her behaviour.

Environment Minister David Parker’s plan to phase out a range of plastics from hard to recycle food and drink packaging to single-use items, including cotton buds, plastic forks, straws, and fruit labels, from next year through 2025 was pragmatic, she said.

"I think the Government has to think of the general population; a lot of families can’t afford to buy $22 shampoo bars, or take glass containers to the supermarket," Dr Allan said.

"It’s just not possible for a lot of the population of New Zealand.

"I think that ‘phased’ process gives time for businesses like Foodstuffs to catch up as well as the general public."

Plastic could already be found throughout ocean environments. Otago in particular had huge oceanic currents bringing plastic pollution into the region’s waters.

One of her students recently found the plastic contamination in Otago fish was about the global average.

And both commercially imported fish and fish that were recreationally important contained plastic.

In developed countries the plastic fibres from clothing washed in washing machines was often the largest source of plastic entering the marine environment.

And it was typically in developing countries where poor waste management practices led to larger items entering the environment before breaking down into the microplastics eaten by fish.

And while the policies Mr Parker announced were not dealing with some of the more hard-to-address issues plastics presented, the range of the plastics banned under the policies made the announcements more than symbolic.

"One could argue the removal of plastic shopping bags was a symbolic move," Dr Allan said.

Mr Parker said since the 2019 plastic bag ban more than one billion fewer plastic bags had ended up in landfills or the ocean.

He said the new plastics phase-outs would take place in three stages:

- And by mid 2025 all other PVC and polystyrene food and beverage packaging would be gone.

And let's face it, manufacturers could lead the way here. So much product is unessessarily packaged in plastic. Pop along to Mitre10, Bunnings, Placemakers....all the screws, rivets, hinges, padlocks, tools, lawnmower blades etc etc, all in single use plastic. The supermarkets, toy stores, incredible amounts of single use plastics.
Public pressure coupled with government policy intervention and a viable full circle recycling programme would go a long way to address the issue.

While I understand the direction of the article, why are we asking a marine ecologist for opinion about human behaviour change? Perhaps contact the correct department? Or seek industry experts?

And why are $22 shampoo
bars relevant to a conversation about phase out and ban proposal that does not include shampoo bottles?

We are resilient and flexible as a species. Our survival depends upon decisive and cohesive responses to our climate emergency, to which post consumer waste is a massive contributor. It would be good, and responsible, to see the ODT seeking empowering and relevant comment on Ministry proposals, extending the dialogue rather than being tangential and negative?

Individuals have rarely had so much power to shape their future, as voters and consumer within a democratic system, as they do now. We need to keep the pressure on national and local governmental agencies to legislate for our future. Now is not the time to say we can’t. It is time to say loudly that reusable options must be accessible and affordable and we need them NOW. Slow is not a luxury we should lounge in.