By John Lewis
0 Comments
When Anna Clark was hit by a car while cycling to a University of Otago lecture, it opened a major fork in the road for her future.

The 26-year-old received a severe brain injury in the 2018 accident, which left her questioning whether she should drop her studies and pursue a career that demanded less brain power.

She decided to continue with her studies, and now the genetics PhD candidate has received a Fulbright New Zealand Science and Innovation Graduate Award.

"Back in 2018, I would never have dreamed I would be getting an award like this.

Miss Clark said what got her through the ordeal was finding ways to look at the bigger picture and think about how she could best lean on her strengths in order to make a difference.

She plans to use the award to research potential outcomes of genetic pest control at Cornell University, in New York, which will go towards her Otago PhD.

She is looking at a genetic pest control method called "gene drive" and how it could be used to control or eradicate invasive mammal species in New Zealand.

Despite present pest control systems, our wildlife continued to decline, she said. 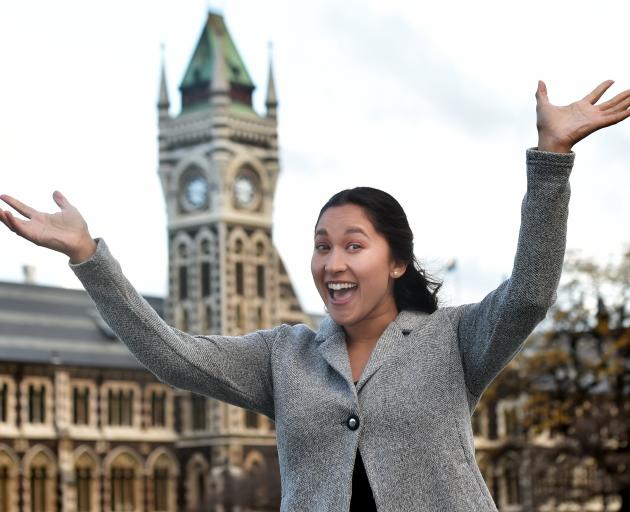 University of Otago genetics PhD candidate Anna Clark has won a Fulbright New Zealand Science and Innovation Graduate Award to study for a year at Cornell University in New York. PHOTO: PETER MCINTOSH
"We can’t keep doing what we’ve done in the past. We have to think outside the box.

"That’s why I’m interested in genetic pest control technology because it’s a different way of approaching our invasive species problem."

Miss Clark is one of five Otago graduates heading to universities across the United States after winning Fulbright New Zealand Awards this year.

Established in 1946, the Fulbright programme is one of the largest educational exchanges in the world.

The five Fulbright scholars will be honoured at the Fulbright awards ceremony at the National Library in Wellington on June 27, and will begin their US studies in August.

"I know that whatever the area of research, all the new grantees will uphold the key mission of the Fulbright programme — to enhance global and intercultural understanding and advance public good."