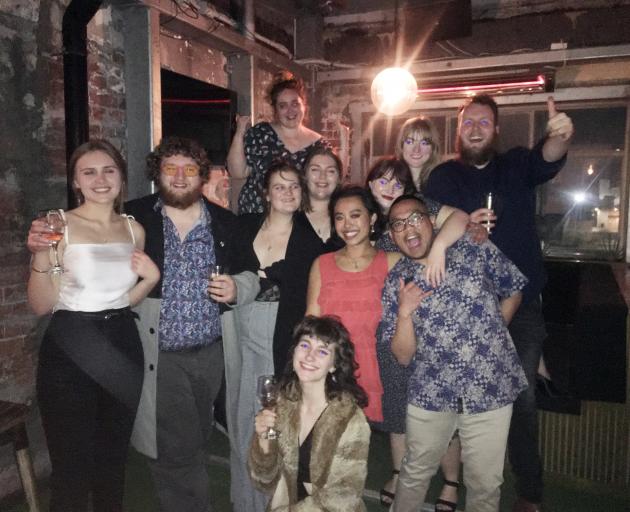 The Critic Te Arohi team celebrates a successful night at the Aotearoa Student Press Awards in Christchurch on Saturday. PHOTO: SUPPLIED
Dunedin's student publication Critic Te Arohi has retained its title as New Zealand’s best for the fourth year in a row.

At the Aotearoa Student Press Awards in Christchurch on Saturday, the University of Otago student magazine took nine of a possible 20 awards, including best publication, against seven competing student magazines.

Critic writers were reporting with the student community’s interests at the forefront, rather than pursuing their own issues, she said.

"They [Critic reporters] should be there for students" Ms Gill said. "Every piece should be a reflection of something that’s happening in the student community.

Ms Gourley also won the award for best news reporter and best news story for a long-form article on alleged illegal employment practices, a lack of training in food safety, inappropriate comments made by the owner and a high-pressure work environment at a Dunedin fast food outlet.

In a statement earlier this year, the University of Otago criticised the publication for its allegedly "mean-spirited reporting’’.