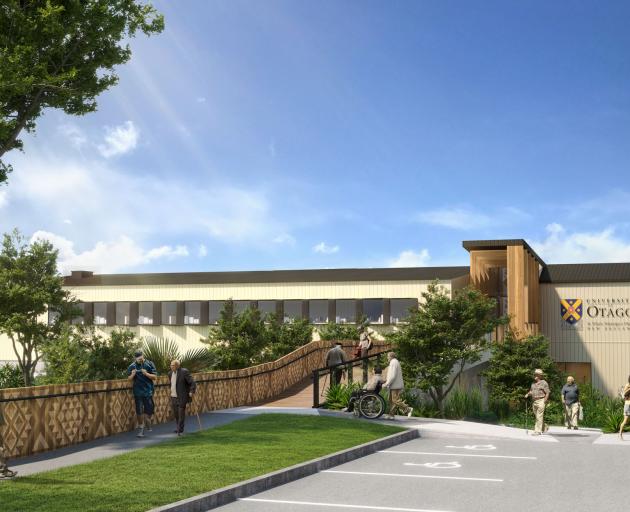 The dental facility, in South Auckland, will not become a new dental school, despite a long-term goal to establish dentistry in the North Island.

Yesterday the Faculty of Dentistry announced it was building a new teaching facility in South Auckland.

As at the faculty's Dunedin clinic, students will offer supervised treatment at an affordable cost.

The $28.2million, two-storey building will have 32 dental chairs.

It is expected that 48 final-year bachelor of dental surgery students will be assigned to the new facility at any time.

Pro-vice-chancellor health sciences Paul Brunton said it had been a long-term strategic goal to establish a presence in the North Island.

However, that did not mean a new dental school would be built there.

``There will only be one dental school, but it will be on three sites. The way I look at it is that the Auckland facility is floor 5 of the Dunedin building - it's just that it's in Auckland,'' he said.

``There is no desire to have a separate dental school in Auckland - that would not be sensible.''

The new clinic is being built on land owned by the Counties Manukau District Health Board, and the project stems from a memorandum of understanding signed between the DHB and university in 2014 to work together.

Design work has already started and construction work should begin on the site later this year, with the new facility expected to be open for business in 2020.

Prof Brunton said half the dental school's final-year class would finish their courses in Auckland, and they were expected to treat more than 20,000 patients.

``The new dental school in Dunedin is predicated on us increasing our intake, but the additional capacity in Auckland provides an opportunity as well to accept more people on to the programme, which is a very good thing.''

The current community placement scheme for dental students would continue and services at the Dunedin campus and Te Kaika health hub should remain as they were, Prof Brunton said.

Staff would probably not transfer north and the university would recruit locally for people to work at the clinic.

``Counties Manukau is quite an under-served population in Auckland,'' Prof Brunton said.

``We had some consultations and discussions with the local dental community early on when we were considering developing this, and they welcomed us with open arms,'' he said.

``The wider profession within New Zealand are also very supportive of this initiative.''

University vice-chancellor Harlene Hayne said the clinic would make a real difference to people's lives and the community's health and wellbeing.

``The university is also committed to helping develop students into good citizens and this project will create a community-focused experience that involves thoughtful giving and service,'' Prof Hayne said.